Initial reports show that during a planned operation near the security fence in northern Gaza, an explosive device targeting an IDF D9 bulldozer detonated remotely. 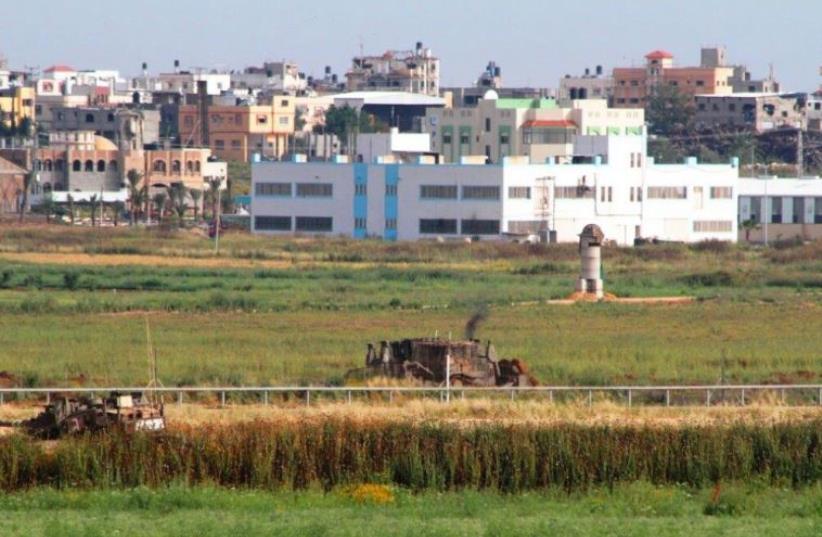 The Gaza border
(photo credit: HATZALAH YOSH)
Advertisement
An explosive device was detonated early Friday morning during a routine operation in the Gaza Strip. No injuries were reported from the blast.
Initial reports show that during a planned operation near the security fence in northern Gaza, an explosive device targeting an IDF D9 bulldozer detonated remotely.
A military source said that "the device was detonated west of the fence's parameter".
Last January, two explosive devices targeting IDF soldiers were detonated along the border of the Gaza Strip by a local terrorist cell.
The Israeli Air Force launched air strikes followed a joint Shin Bet (Israel Security Agency) and air force operation to target the cell, which had attempted to target an IDF unit carrying out border security missions.
IDF Spokesman Brig.-Gen. Moti Almoz said it found a scene which the terrorists had planned to set off against a military unit that was tasked with protecting local residents.
In response, Hamas warned Israel against continuing its “aggression” against the Gaza Strip. Hamas spokesman Sami Abu Zuhri said Israel “bears full responsibility for its “aggression.”