Nagauker then called the police emergency line, when the indictment says he issued a false police report that his friend had gone missing. 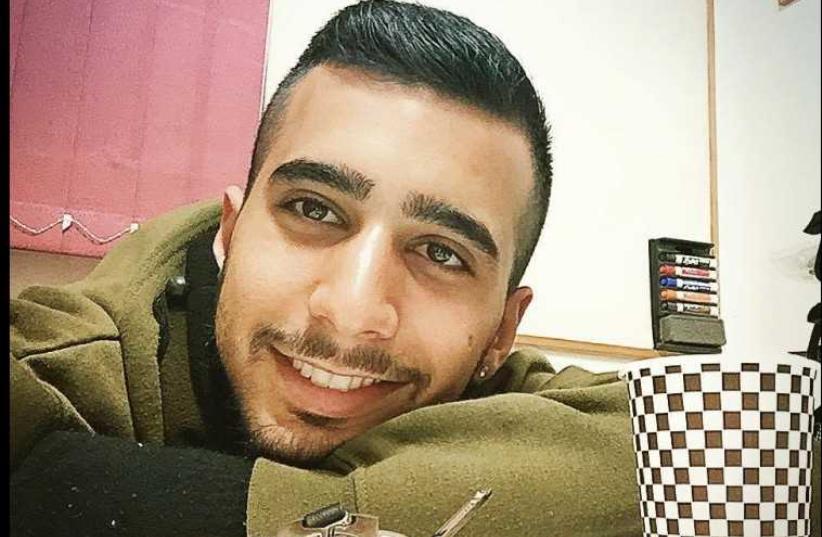 Niv Asraf, the IDF soldier who faked his own kidnapping
(photo credit: FACEBOOK)
Advertisement
An Israeli was given nine months of jail time for the 2015 faking of his kidnapping by Palestinian terrorists in a decision by the Jerusalem District Court on Wednesday.The court’s ruling reversed a lower court ruling which had sentenced Niv Asraf to only six months of community service, with no jail time for the offense.The reversal came following an appeal by the state prosecution that both Asraf’s sentence and the sentence of his accomplice, Eran Nagaoker, were too lenient in light of the hysteria they caused, including the mobilization of thousands of security forces to search for them.In particular, the court noted that some of the soldiers who entered Palestinian portions of the Hebron area faced rock throwing and danger while trying to find Asraf.Nagaoker’s sentence was also stiffened from three months community service to six months.“The court expressed disgust with the defendants’ actions and willingness to endanger the lives of policemen and soldiers in a sensitive security area,” said attorney Efrat Pilser of the Jerusalem District Attorney’s Office, praising the court’s decision.She added that the decision, “sends a message that we should not show leniency to those who cynically exploit the security forces… which could have inflamed the entire region.”According to the court, Asraf came up with the scheme as a way to try to gain sympathy from his girlfriend who had broken up with him.He also hoped that news of his kidnapping might get him out of tens of thousands of shekels in debt that he ran up while gambling.His accomplice, Nagaoker, was an old friend of Asraf who agreed to help him with the scheme.The court said that Nagaoker told police near Hebron that Asraf had entered a Palestinian area nearby and failed to return.Nagaoker told this fake story to police even though he knew that Asraf was perfectly safe and hiding in a nearby wadi.Even through hours of questioning by the Shin Bet (Israel Security Agency) in which they told him they believed he was lying, Nagaoker maintained the fake story.Only after half a day of Shin Bet pressure did he finally relent and admit the story was fake, as well as tell them where Asraf was hiding.