Israeli judge Zvi Gurfinkel sentenced the teenager to 10 years in jail plus a fine of NIS 60,000. 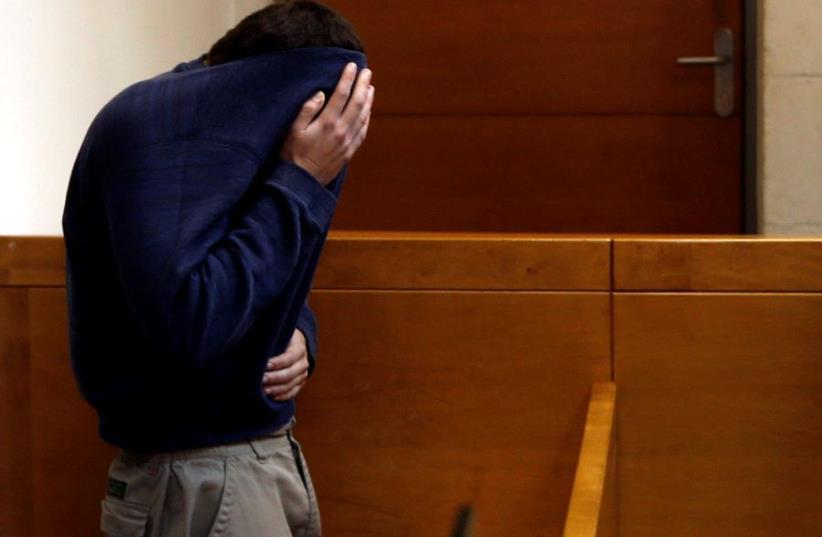 An US-Israeli teen who was arrested in Israel on suspicion of making bomb threats against Jewish community centers in the United States, Australia and New Zealand over the past three month, is seen before the start of a remand hearing at Magistrate's Court in Rishon Lezion, Israel March 23, 2017.
(photo credit: REUTERS)
Advertisement
The father of the 19-year-old autistic teenager from Ashkelon who was sentenced to 10 years in jail for carrying out hundreds of bomb threats and other cyber crimes, penned a message to US President Donald Trump claiming that Israel erred in sentencing his son."I have a message to President Donald Trump," the handwritten note published by Israeli media outlet Ynet reads. "This was an almost perfect 'Black Operation' against you and the Jewish people around the world by your ally." The note likely referred to an extradition flip-flop by US authorities, who originally asked for the American-Israeli dual-citizen to be extradited and stand trial in front of a US court, but backed down after the extradition request was rejected by Israel's Justice Ministry. It is possible that the US will renew its extradition request now that Israel's trial is over. The mother of the defendant meanwhile attacked Israel's judicial system for the harsh sentence. "My son lives with a tumor in his head; he is autistic," Ynet quoted her as saying. "Even in Germany autistic people are not put in jail. A prison is not his place, it's very cruel. There were other cases like this in the world. I am ashamed that the state acts like that."The teenager, whose name is under a gag order, sent hundreds of hoax bomb threats to Jewish community centers, a plane — leading to its emergency landing — and police stations in several countries, including the US, Australia and countries in Europe. He was still a minor at the time of the threats.Israeli judge Zvi Gurfinkel sentenced the teenager to 10 years in jail plus a fine of NIS 60,000 on Thursday morning. Gurfinkel said the mental state of the defendant lowered his sentence considerably, Ynet reported.