Sanitary conditions raise the fear of epidemics and infections as time goes on. 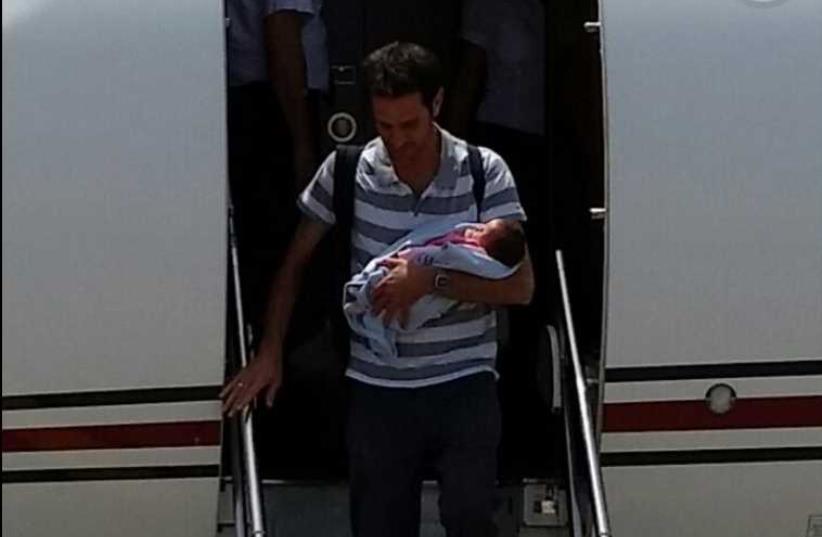 IAF plane with Israeli survivors of Nepal quake lands at military base‏.
(photo credit: BEN HARTMAN)
Advertisement
With the question of Nepalese surrogates pregnant in their final trimester with Israeli babies still up in the air, a father-to-be has turned to MK Ayelet Nahmias-Verbin in an urgent plea to consider evacuation to Israel of the pregnant women in their first and second trimesters.Elad Granot, from Ramat Gan, said Saturday’s earthquake meant these women would be unable to receive adequate medical care throughout their pregnancy and would still be unable to get access to a proper birthing environment months from now.“As a result of the earthquake the medical monitoring of the pregnancies has completely stopped (the clinic was damaged, the roads are blocked, the medical team was hurt and is no longer available),” Granot wrote to the Zionist Union MK.“The sanitary conditions raise the fear of epidemics and infections as time goes on. The hospitals are crowded with the injured, and some of the departments were damaged,” he continued.He concluded his letter with the following plea: “The issue is complex from a legal perspective, but this is about a humanitarian crisis, and the human lives of dozens of babies to Israeli parents. The State of Israel, which knows how to give humanitarian response even to its enemies across the border, must put aside the ideological arguments on the issue of surrogacy, and focus on the existential distress of the Israeli babies and their parents.”Nahmias-Verbin passed the letter along to Attorney-General Yehuda Weinstein, accompanied by her request that he look into the option of expanding the entry guidelines to include all the pregnant surrogates who wish to come to Israel for the duration of their pregnancy and birth. No answer was received yet.