Roughly 370 acres of forest were destroyed in the fire damaging the natural habitat of the area which can take up to 40 years to restore. 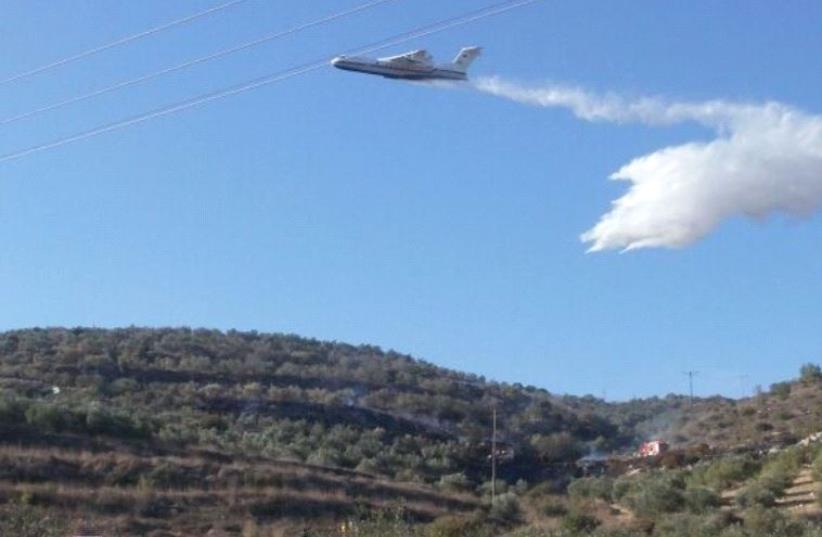 Planes put our fires in the north.
(photo credit: NORTHERN DISTRICT FIRE AND RESCUE SERVICES)
Advertisement
The IDF ended up causing a fire to break out after making a surprise change to one of their practice drills' location and using live fire against weather regulations, N12 reported.Sources in the Israel Nature and Parks Authority, who have the right to appeal the decision to use live fire, have said that they only heard of the change this morning, and that the drill was done without cooperation with them. They also claim that such military drills have never been performed at Mount Hermon.Roughly 370 acres of forest were destroyed in the fire, damaging the natural habitat of the area which can take up to 40 years to restore. "As part of the preparations for the drill, we made arrangements with the appropriate authorities and the location was approved," the IDF Spokesperson Unit said. "As part of these arrangements, preparations were made in the case of a fire breaking out, which were acted upon as needed. The drill was stopped, and firefighters were called to the area. IDF forces and firefighters put out the fires by foot, water tankers and specially designed aircraft."