By ELIYAHU KAMISHER, JPOST.COM STAFF
MAY 21, 2017 14:03
Fire at Tel Aviv tower
Advertisement
At least six people were trapped in the top floors of a Tel Aviv building that set on fire on Sunday afternoon. The building, which is under construction, is located on Hayarkon Street next to the beach in central Tel Aviv. Four other people were injured and one was evacuated to a nearby hospital for medical treatment. Police later said emergency crews had controlled the blaze.“As far as is known at this stage, there are six trapped in the building. Rescue teams are working to rescue them from the building,” Yifat Zeev, the Yarkon District police spokeswoman said in a statement. 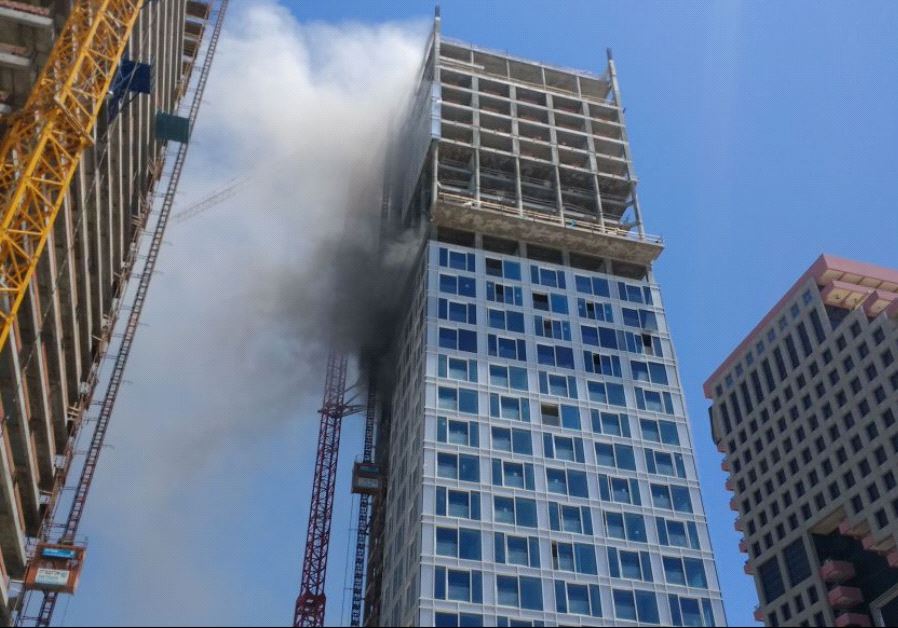 Fire at Hayarkon Street tower, Tel Aviv, May 21 2017. (Credit: Daniel Roth)The cause of the fire remains unknown. Thick black smoke emanating from the building was visible from a distance on Sunday afternoonPolice closed multiple streets near the corner of Allenby Street and Hayarakon Street following the fire. This is a developing story.