First-ever Iftar meal to be held in Prime Minister's Office

The June 12 event will be attended by ambassadors and leaders of the Muslim community in Israel. It was unclear whether Netanyahu would attend. 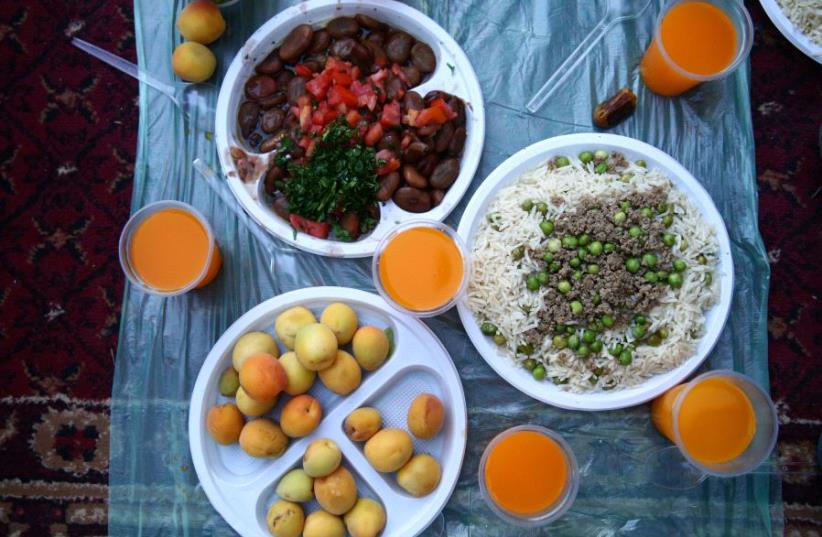 Iftar meal
(photo credit: REUTERS)
Advertisement
The Iftar, the traditional post-Ramadan meal, has never been hosted by the Prime Minister’s Office, and such a meal will surprisingly happen for the first time when the prime minister is Benjamin Netanyahu, who has held a troubled relationship with the Arab sector.The meal is being organized by Kulanu MK Michael Oren, who is a deputy minister in the Prime Minister’s Office.Netanyahu, who warned on Election Day in 2015 that Arabs were coming to vote in droves, has not expressed opposition to the event.“This is important, because while we are the nation-state of the Jewish people, we also respect and integrate our minorities, who sees Israel as their home and see themselves as proud Israelis,” Oren said. “It is especially important to hold it in the Prime Minister’s Office, which is a symbol of Israeli statesmanship. My answer to Joint List MKs who seek to deepen the divide between Arabs and Jews is to build bridges.”Oren began hosting Iftar meals eight years ago, when he was ambassador to Washington.The first Iftar meal in the Israeli Embassy was controversial, but it was such a success that the next year, there was a waiting list to get in, and it was attended by Keith Ellison, the first Muslim elected to the US House of Representatives.The imam of Duke University, Abdullah Antepli, helped initiate the Israeli Iftar meals, which at Oren’s request, became a mainstay at the embassy in Washington under current ambassador Ron Dermer.“I came back and said we should do it here in Israel, which has a 20% Muslim minority,” Oren said. “When I became a deputy minister in the Prime Minister’s Office, I said we should definitely do it over here.”The June 12 event will be attended by ambassadors and leaders of the Muslim community in Israel. It was unclear whether Netanyahu would attend.Dr. Ahmed Natour, an Arab Muslim from Kalansuwa, east of Kfar Saba, who is a professor at the Wingate Institute, said he was honored to attend.“We are citizens of Israel, and I see it as a very positive thing to be invited to the Prime Minister’s Office for Iftar,” he said. “There is too much violence going on, and here there is something peaceful, which can show everyone that we can come together around a table and forget the gaps and the other problems between Arabs and Jews. The problems can’t be solved in one day, but this is a positive step in the right direction.”