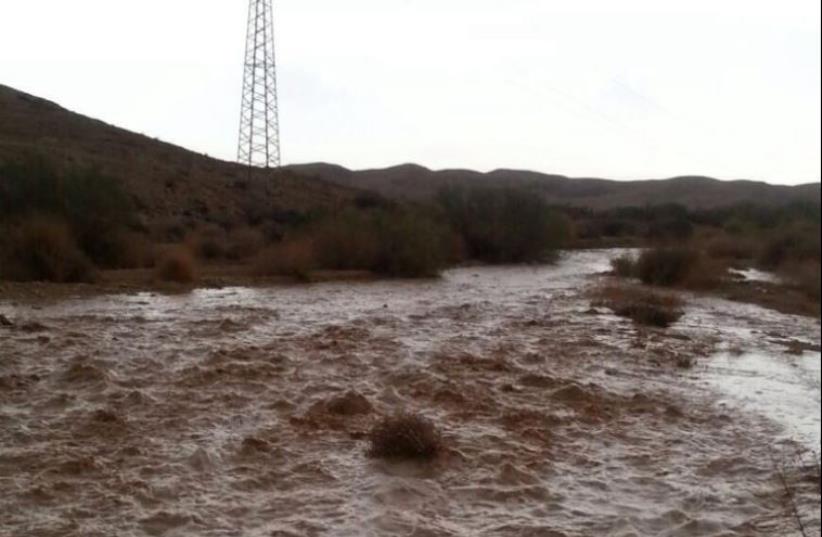 Flash flood in the South
(photo credit: ISRAEL NATURE AND PARKS AUTHORITY)
Advertisement
Scattered showers accompanied by isolated thunderstorms were expected Thursday in Israel's southern and eastern regions. The Israel Meteorological Service warned of flash floods in dry riverbeds, or wadis, in those areas. Light rainfall also arrived in Tel Aviv and parts of central Israel on Thursday for the first time this fall season.
Storm in the Negev"s Ein Avdat
According to IMS forecasts, significant temperature drops were expected Friday along with scattered showers in the North and Center. The risk of flash flood in the desert valleys in the South and East also remained in effect for Friday. More rainfall was expected at the end of next week as temperatures were forecast to further drop. 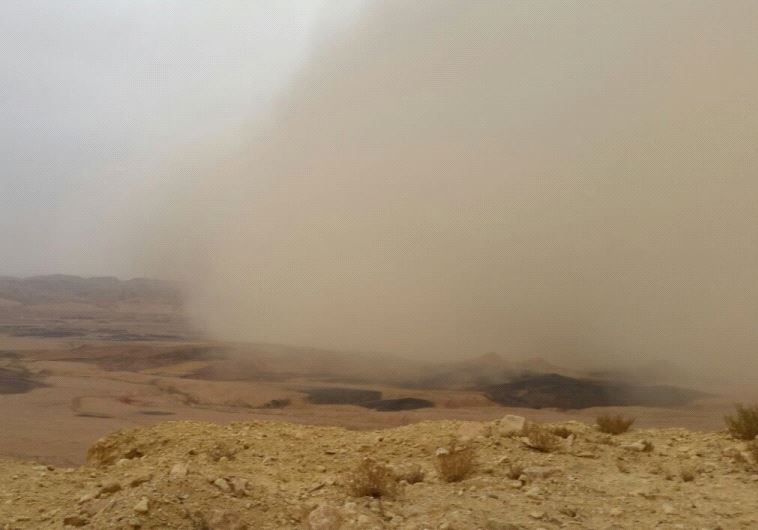