For Israel's elderly at home alone due to coronavirus, beware of crooks

The coronavirus crisis is a green light for crooks, and as a result, unscrupulous con merchants are pretending to deliver food or perform tests on unsuspecting Israelis. 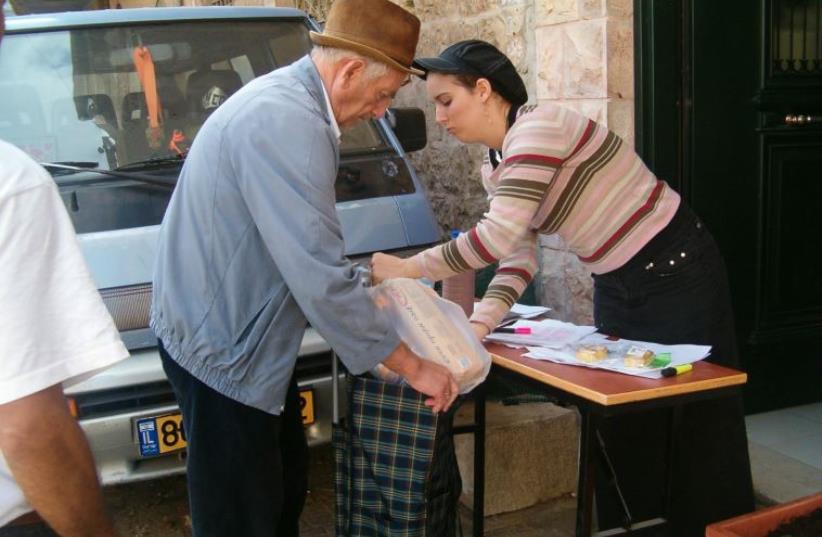 Distributing food
(photo credit: Courtesy)
Advertisement
Crooks will be crooks – even in the age of coronavirus. Due to the emphasis on people having solo Seders this year, there is greater awareness that many individuals over the age of 50 live alone, especially women. This is a green light for crooks, and as a result, unscrupulous con merchants are pretending to deliver food or to perform a coronavirus test.Here are two examples of such cases in Jerusalem.The first case, it was a woman living alone who received a knock on her door late at night. When she asked who it was, a male voice answered that he was delivering food to her.  When she said that she hadn't ordered any, the reply was that someone had sent it to her.  When she asked him to tell her who had sent it or what was the name of the intended recipient, he refused to answer.She wisely refused to open the door, and in the end he went away.In the second case, a couple of men came to the home of a couple in their seventies and said that they had been instructed by the Health Ministry to come and perform a coronavirus test. Both the husband and wife have medical backgrounds, and something about the way the men spoke to them aroused their suspicions. So they called the Health Ministry to check, and were told that no-one had been authorized to come to their home to test them.Similar stories from other sources are floating around. It is therefore advisable to put the police phone number 100 and Magen David Adom 101 in your list of telephone contacts, and to refrain from opening the door to anyone unless you know who that person is.