Former President Peres to Sarkozy: Boycott is act of hate, not peace

Prime Minister Benjamin Netanyahu is scheduled to meet Sarkozy in Jerusalem on Monday. 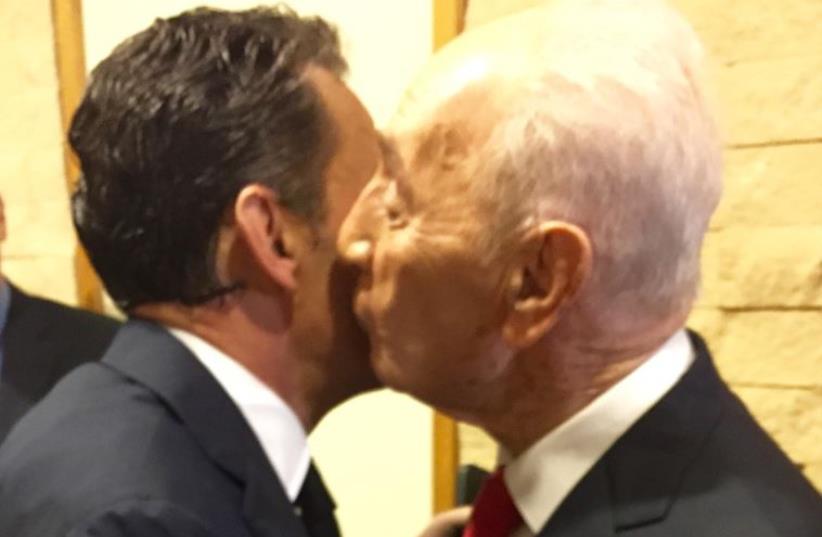 Former president Shimon Peres Former French President Nicolas Sarkozy
(photo credit: FORMER PRESIDENTIAL SPOKESPERSON OFFICE)
Advertisement
Former president Shimon Peres met with Former French president Nicolas Sarkozy on Monday and criticized the BDS movement against Israel. "Israel needs peace negotiations," Peres said during the private event, "rather than boycotts, which only represent hate.""I am glad you have come to Israel at such a critical time, Peres said, "when the country is dealing with important challenges." Jerusalem protested to the Élysée Palace after France-based Orange SA CEO Stéphane Richard expressed his desire to sever his company’s ties with Israel."I know that you will not lend a hand to boycotts against the Jewish state," Peres told his former counterpart, "in any way." Thanking Sarkozy for his strong support, Peres said boycotts served only to stoke hate, and counteract peace.   Sarkozy, calling himself, a "true fried of Israel," said he was grateful for the opportunity to meet with Peres and "be here at this time." The two public figures discussed a host of issues during their meeting, a spokesperson for Peres said, including Israel's standing in the international community, peace talks with the Palestinians and a nuclear deal emerging between six world powers and Iran. Prime Minister Benjamin Netanyahu is scheduled to meet Sarkozy in Jerusalem on Monday.