German newspapers: Netanyahu is a mad dictator like Khamenei

The list failed to include Sudan President Omar Hassan Ahmad al-Bashir, who is wanted for war crimes by the International Criminal Court in The Hague. 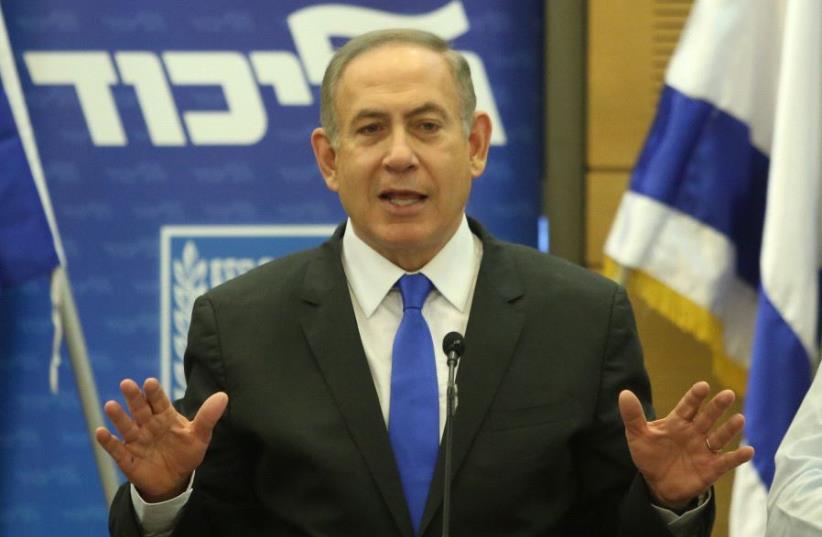 Benjamin Netanyahu
(photo credit: MARC ISRAEL SELLEM)
Advertisement
Two German tabloids in Hamburg and Berlin wrote on Friday that Prime Minister Benjamin Netanyahu is one of the world’s seven most insane dictators, prompting the Israeli Embassy to slam the report as antisemitic.In unsigned articles titled “The seven looniest leaders of the world,” the papers included Netanyahu on a list with Iran’s Supreme Leader Ayatollah Ali Khamenei, Syria’s Bashar Assad, North Korea’s Kim Jong-un, Russia’s Vladimir Putin, the Philippines’ Rodrigo Duterte, and Zimbabwe’s Robert Mugabe.The headline used the word "Führer" to label Netanyahu; a term routinely reserved for Adolf Hitler.The article listed the initials of the author as MKR.The Hamburger Morgenpost and Berliner Kurier, part of the same publishing house, wrote under a picture of Netanyahu that he “long refuses to agree to a two-state solution. He continues to carry out construction of settlements and thereby provokes his Palestinian neighbors. In the long-running troubles with Iran, he tried without success to pressure Barack Obama to launch an air attack on Iran’s nuclear facilities. With Trump that could turn out differently.”Israel’s Foreign Ministry and the embassy immediately responded to a Post query on Saturday.The Israeli Embassy in Berlin told The Jerusalem Post: “The fact that the elected prime minister of a Western democracy – that has been struggling for its life ever since it was founded – is placed in the same category as some of the worst dictatorships in the world, bears witness more than anything to the newspaper’s level of understanding about what is happening in the world today or about something much worse, that should have disappeared from the world long ago: antisemitism.”Volker Beck, a Green Party deputy in the Bundestag, wrote to his more than 73,400 Twitter followers that the articles are “simply outrageous.” One can criticize Netanyahu but whoever prepared the list “lost all sense of proportion.”The Morgenpost has a daily circulation of nearly 73,000 in the northern city of Hamburg. The paper also criticized Israel as a travel destination, writing, “Israel brutally represses the Palestinians in occupied West Jordan [sic]. Vacation in Israel is an experience, but a matter of taste for critical travelers.”Carsten Ovens, the scientific spokesman of the Christian Democratic Union in Hamburg, told the Post that “Israel is, in fact, a great travel country. How one can as the editorial department of a German daily paper combine an unreflective and one-sided criticism of the only democracy in the Middle East with a negative travel recommendation is highly questionable. I will on Monday invite the editorial management of the Mopo [Morgenpost] to a personal conversation.” Ovens is a politician in the Hamburg legislature who has led the fight against boycotts of Israel in the city.Claudio Casula, the author of the popular pro-Israel blog Spirit of Entebbe, was one of the first to draw attention to the article, on Twitter. He told the Post that “it is a joke to include the elected prime minister of Israel on the list of the seven insane dictators.” He said Israel’s democracy is ranked at 36th of 167 countries in the world, according to the Democracy Index.Casula, a longtime observer of German media coverage of Israel, added that the list failed to include Sudan President Omar Hassan Ahmad al-Bashir, who is wanted for war crimes by the International Criminal Court in The Hague.The Mopo tweeted on Saturday evening: “The classification of Netanyahu in the list was incorrect. We apologize for that.”The Morgenpost and the Kurier did not immediately respond to Post inquires.