OFFF cofounder discusses Israel’s place in visual design industry ahead of October festival When tickets for the first-ever. 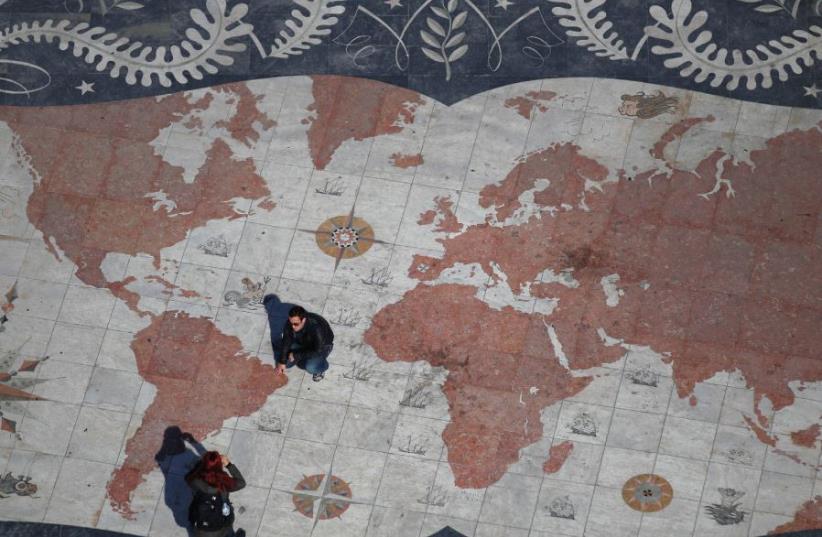 A tile design with the map of the world
(photo credit: REUTERS)
Advertisement
When tickets for the first-ever OFFF design festival in Tel Aviv sold out within a matter of weeks last year, founder Nitsan Rozenberg knew he was on to something.The long waiting list for tickets proved what Rozenberg had suspected: There was a demand in the local design community that wasn’t being met.The idea to bring the international festival to Tel Aviv as an offshoot of the conference that has taken place for the past 18 years in Barcelona, Spain, came from Rozenberg and cofounder Liri Argov’s desire to showcase Israeli design talent and create opportunities for local designers by connecting them with talent from around the world.“It is a huge deal to bring this kind of design festival to Tel Aviv, both for the Israeli and international design communities. We are able to bring the best Israeli creators to a dignified global stage – something that until last year wasn’t considered obvious,” Rozenberg told ISRAEL21c.“It is a source of pride for our colleagues to share their ideas with their international counterparts. For the global design community, this is more than just a conference by the beach, this is a chance to visit our vibrant city and see all of the elements here that make Israeli design what it is today.”This year, OFFF Tel Aviv is expected to be double the size of last year’s festival and feature more than 20 international speakers from the worlds of graphic design, digital, UI/UX, moving image, illustration and creative.The two-day series of conferences, workshops, performances and activities around visual design will take place October 14 and 15 at the Tel Aviv Museum of Art. (And if you’re wondering, OFFF doesn’t stand for anything in particular.) “We have a different aesthetic than anywhere else and see the world through different eyes. So to those who know design, we are creating something that’s totally unique.”The list of speakers – curated by Rozenberg and Argov together with OFFF Barcelona founder Hector Ayuso – features highly regarded local and international creators, from some of the most well-known studios to those who are just starting to make a name for themselves.AMONG THE international speakers scheduled to discuss their career paths, processes and design ideas are Pentagram, the international studio behind some of the world’s famous visual identities, including MasterCard, Windows, MoMA, Verizon and more; Imaginary Forces, a design studio and production company whose clients include Netflix and HBO, among others; and Field, a creative studio specializing in art and technology.“International design is booming and Israel’s design community is a huge part of that boom,” said Rozenberg, who graduated from Holon Institute of Technology (HIT) and worked at several Israeli design firms before founding his own design studio, Studio&more.“Our design schools are among the best in the world, so the people coming out of HIT, Shenkar and Bezalel hit the ground running in their work. We have a different aesthetic than anywhere else and see the world through different eyes. So to those who know design, we are creating something that’s totally unique.”“The multinational team works remotely for global clients that include Google, Nike, Xiaomi, Vivo and Oppo. They create some really top-notch 3D and animation pieces, so I’m looking forward to hear how they work and see what they do,” said Rozenberg.Another highlight is Pierre Kleinhouse, an award-winning illustrator, designer and painter based in Israel who mixes his digital work with textures more traditional techniques like silkscreen printing. Kleinhouse has worked with companies such as Stella Artois brewery, Rolling Stone magazine, BBC Focus magazine and Dynaudio Music.What makes the visual design industry in Tel Aviv unique, Rozenberg says, is its connection with the fastpaced Israeli start-up scene.“Start-ups are rethinking the way the world should work, and they expect that their designers are rethinking the way the world should look. It is a collaborative and enriching experience, but not for the faint-of-heart or slow,” said Rozenberg, whose studio works with tech companies such as Mobileye and Wix.com.With the boundaries between technology and design often blurred, designers in Israel must be agile, open-minded and innovative in order to keep up with the demands and expectations of rapidly growing startups. This includes adapting to changing technologies, software and new mediums such as augmented and virtual reality.“Design is about defining a problem and solving it with visual tools and the help of good aesthetics. It is absolutely fundamental to the success of a digital product because it is design that translates to users how the product functions, feels and looks,” explained Rozenberg.“The booming startup scene here allows designers’ creativity, skills, and knowledge to develop as fast as their ambition allows.”