Legal experts have urged the state to prevent the collection of the bodies of Palestinian fighters. 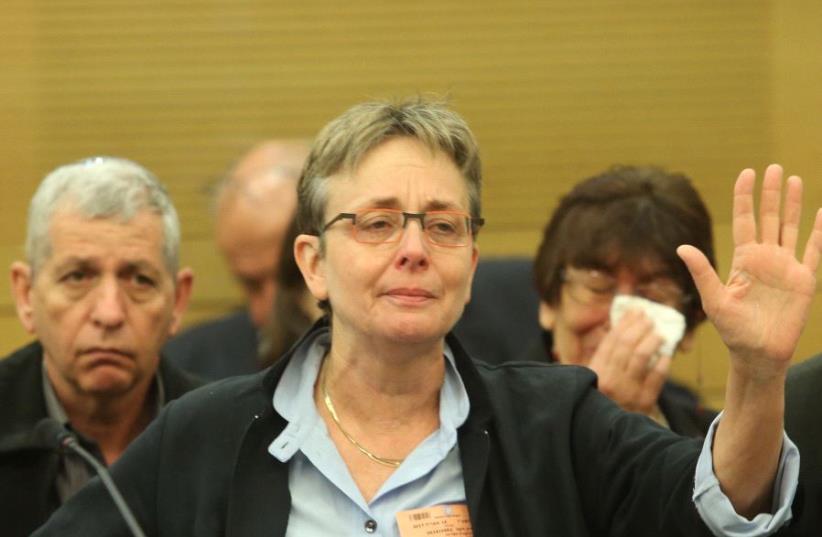 Leah Goldin, the mother of slain IDF soldier Lt. Hadar Goldin
(photo credit: MARC ISRAEL SELLEM)
Advertisement
The High Court of Justice late Monday ordered the government to respond within 10 days to a petition filed by the family of IDF Lieutenant Hadar Goldin which was filed with the goal of compelling the government to enforce its decisions regarding obtaining their son’s body and the return of other living and dead Israelis from Hamas.The family filed the petition earlier Monday after holding a press conference Sunday announcing their intent to go to the High Court over the stalemate in negotiations. Goldin and IDF soldier Oron Shaul were both killed and their bodies were both taken by Hamas during the 2014 Gaza war.In January 2017, the cabinet made a decision to try to move forward with measures designed to get Hamas to return the bodies as well as to return a couple of Israeli civilians captured by Hamas.The petition, drafted by the clinic of the Ramat Gan College of Law and Business, including its Dean Professor Aviad Hacohen and others, urged Israel not to allow the collection of the bodies of Palestinian fighters who were killed when Israel blew up a Gaza attack tunnel last week as a way of pressuring Hamas to negotiate for a return of Goldin's body and for return of the others.They have also called on the state to limit visits to Hamas members in Israeli prisons and to even limit humanitarian aid to Gaza as a bargaining chip.