The claims that Google deleted 'Palestine' from their maps appear to be far from the truth. 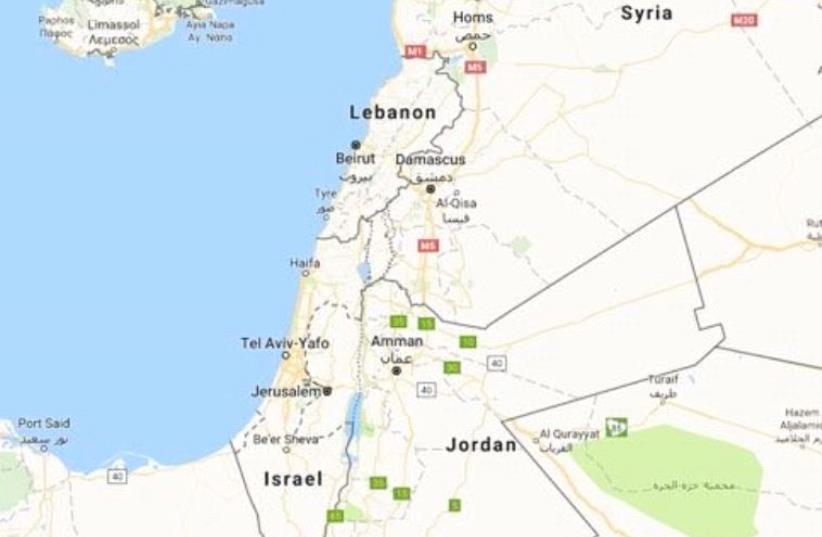 Google Maps view of Israel and the surrounding region.
(photo credit: GOOGLE MAPS)
Advertisement
A recent change in the way Google Maps labels the Palestinian Territories sparked outrage across the Muslim world and social media. The Palestinian Journalists' Forum denounced the change and claimed that the name Palestine was deleted and replaced with Israel. They stated that the change was a "part of the Israeli scheme to establish its name as a legitimate state for generations to come and abolish Palestine once and for all.”Over 250,000 people so far have signed a petition online demanding that Google recognize and properly label the region as 'Palestine.'


However, the claims that Google deleted 'Palestine' appear to be far from the truth. Google responded by saying that "there has never been a 'Palestine' label on Google Maps," and that they "discovered a bug that removed the labels for 'West Bank' and 'Gaza Strip.'"The Google spokesperson added that they are "working quickly to bring these labels back to the area."


In the mean time, people have taken to social media networks in rage calling for a boycott of Google as well as bombarding the Google Maps Twitter account with the hashtag #PalestineIsHere.
Advertisement
Subscribe for our daily newsletter