Israeli ministers call for Elor Azaria to be pardoned 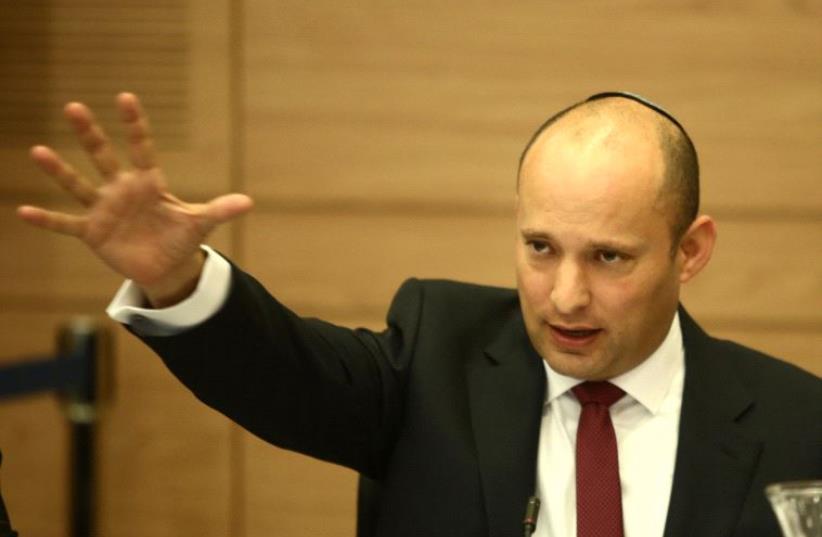 Naftali Bennett
(photo credit: MARC ISRAEL SELLEM)
Advertisement
Education Minister Naftali Bennett responded to the sentencing of IDF soldier Elor Azaria on Tuesday, calling for him to be immediately pardoned.“The security of Israel’s citizens necessitates an immediate pardon for Elor Azaria,” he said.Bennett stated that Azaria, who was sentenced to a year and a half in jail, “was sent to defend the citizens of Israel during the height of a Palestinian knife terror wave, and the entire investigative process was contaminated from the start.”
Elor Azaria in court on Feb. 21, 2017 awaiting sentencing over Hebron shooting case , supporters protest outside court (credit: REUTERS)
The Bayit Yehudi leader said that “even if he made a mistake, Elor must not serve time in jail. We will all pay the price.”Transportation Minister Israel Katz (Likud) also called for Azaria to be pardoned.“The court has had its say – due process has been carried out. Now the time has come for a pardon. We must bring Elor back home.”In an appeal sent to Defense Minister Avigdor Liberman and IDF Chief of Staff Gadi Eizenkot, Construction Minister Yoav Galant wrote: “The IDF has paid a heavy price for this incident and it created unnecessary rifts. What Azaria did was unacceptable, but we must recall that even a soldier that made a mistake is our soldier.“Just as we worry about the return of a wounded soldier and just as we are obligated to save any soldier that falls into captivity, we must worry about a soldier that has made a mistake, even when the mistake was harsh and dramatic,” he continued.Culture and Sport Minister Miri Regev said the sentencing made it a sad day, adding, “Elor should not spend a single day in jail. We should not have gone to court, he should have been dealt with within his unit.”Regev called on Eizenkot to recommend a pardon for him out of consideration for what he has already endured.By contrast, Yesh Atid MK Ofer Shelah said Azaria’s sentencing must end this painful incident.“We must tell the politicians who are trying to gain cheap popularity points on the back of Elor and his family while harming the IDF’s values and the ability of its officers to command it, ‘Enough is enough,’” he said. “No one is happy to see Azaria go to jail, but pardoning him will make a mockery of the legal system in the army.”Joint List MK Yousef Jabareen responded to the sentencing, stating that the punishment did not fit the crime.“It sends a message that the blood of Palestinians is worthless,” Jabareen said.“The incident with Azaria is not an isolated case, it is a much larger problem within the army, which is supported by the political echelon and fueled by a lack of prosecution of soldiers.”Jabareen added that he had asked Attorney-General Avichai Mandelblit to open an investigation into Prime Minister Benjamin Netanyahu, who called for Azaria’s pardon shortly after his conviction.Jabareen called Netanyahu’s comments an obstruction of justice, claiming that they influenced the court’s decision.Zionist Union MK Omer Bar-lev, a former head of the elite commando unit Sayeret Matkal, called on his fellow politicians to respect the principle of separation of powers and refrain from heating tensions with calls to pardon Azaria.Jeremy Sharon contributed to this report.