Hadassah doctors ordered back to work as others strike 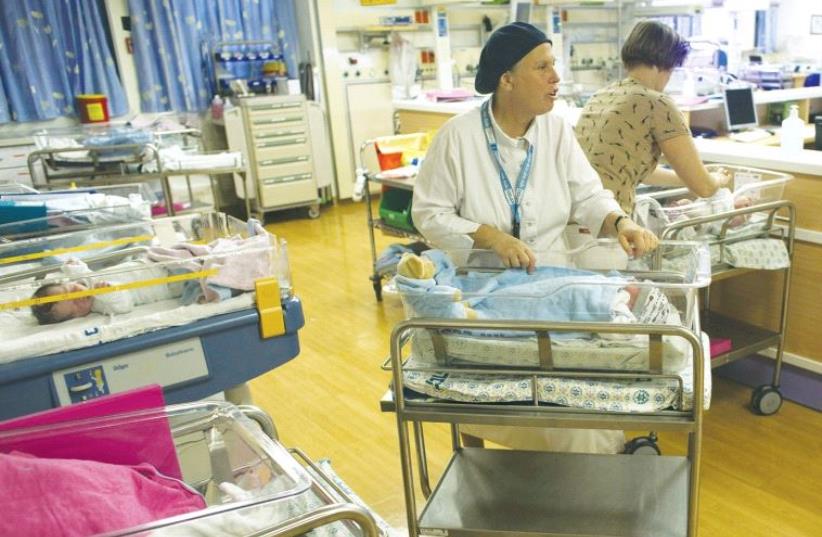 NURSES TAKE CARE of newborn infants at a nursery in Hadassah-University Medical Center in Jerusalem’s Ein Kerem.
(photo credit: REUTERS)
Advertisement
As government and Clalit hospital doctors went on an emergency schedule in the hospitals on Thursday (until 8 a.m. Friday) to protest against various Treasury edicts, the Hadassah Medical Organization won back-to-work orders for its hospital doctors from the Jerusalem Regional Labor Court. The doctors went back to work at 10 a.m. Thursday.None of the doctors will strike on Sunday, the Tisha Be’av fast, but the Israel Medical Association will announce if and when more sanctions will be applied.Health Minister MK Ya’acov Litzman decided to vote against the government’s proposed budget bill, he said Thursday, due to “major gaps” between it and the Treasury over funds for the health system.“The Treasury’s proposals do not meet the most basic needs of the health system in the coming years, especially treatment of an aging population,” he said.More geriatric beds and improvement of geriatric facilities are urgently needed. In addition, the four public health funds are “deeply in debt,” and money is needed to prevent them from collapsing.There is also an “acute crisis in the psychiatric system,” Litzman said.The emergency rooms and departments in the general hospitals are overburdened; the queues for surgery are too long; and the burden on medical residents is too heavy, he added.The United Torah Judaism MK also said that even though he had announced his support for an idea that would expand the health basket by NIS 550 million instead of NIS 300 million a year, he now opposes the Treasury’s insistence that the health funds’ supplementary insurance policies and private health insurance companies be taxed to cover part of the cost. “It must come from public sources,” Litzman insisted.