The move comes just ahead of the 11-year anniversary of Arafat's death. 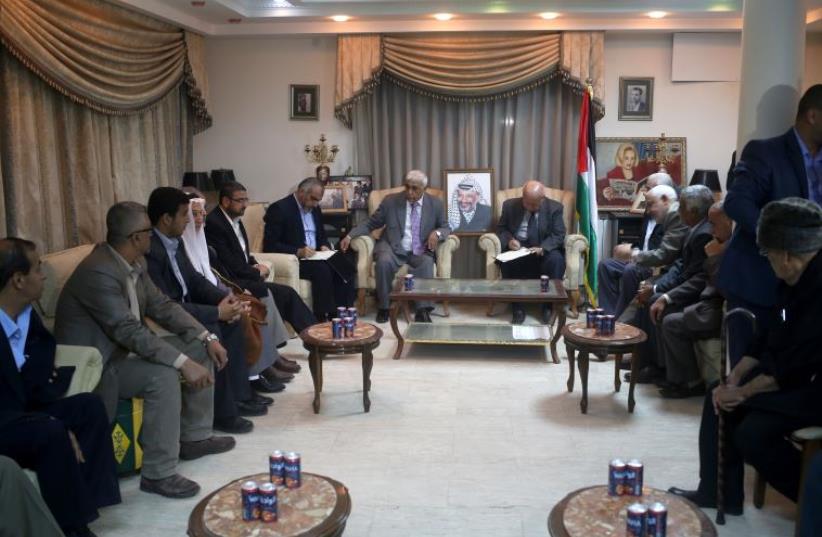 Palestinian politicians gather at the house of late Palestinian leader Yasser Arafat in Gaza City on November 10, 2015
(photo credit: MOHAMMED ABED / AFP)
Advertisement
Hamas on Tuesday returned the residence of late Palestinian leader Yaser Arafat back into the custody of the Palestinian Liberation organization in a goodwill gesture aimed at amending ties, according to AFP. The move comes just ahead of the 11-year anniversary of Arafat's death."Today our brothers in Hamas gave us the home of the symbol of the Palestinian people Yasser Arafat and we hope it will be a step towards ending the division" between the organizations, PLO senior offcial Zakaria al-Agha said in response to the news.Hamas has been the sole representative power inside the Gaza Strip ever since 2007, when a short and bloody coup ousted Palestinian Authority President Mahmoud Abass' Fatah party from the enclave, which dominates the PLO.After years of exile, Arafat settled his family at the Gaza residence in 1994 under interim peace accords with Israel. Personal effects were also included in the move, including photographs and clothing."This is a milestone on the road to the unity of our people," AFP quoted senior Hamas official Ghazi Hammad of Tuesday's house handover.