Men associated with group have been indicted for disturbing public order and attacking police.

By JEREMY SHARON
APRIL 12, 2017 18:06
Extremist Haredi Protest (David P - Extremist Haredi Protest Group))
Advertisement
Hundreds if not thousands of haredi men from a radical splinter group sang, danced and rejoiced on Tuesday night in the streets of Jerusalem, while glorifying and exalting two IDF deserters who they accompanied on the beginning of their journey back to prison.Amid the revelry and festivities, dozens of young men harassed and verbally abused a religious soldier passing through the streets where the procession was staged, screaming at him, following after him and even throwing objects at him.The procession for the two deserters was staged by the Jerusalem Faction, an extremist group which opposes all cooperation with the state over the issue of haredi enlistment in the IDF. 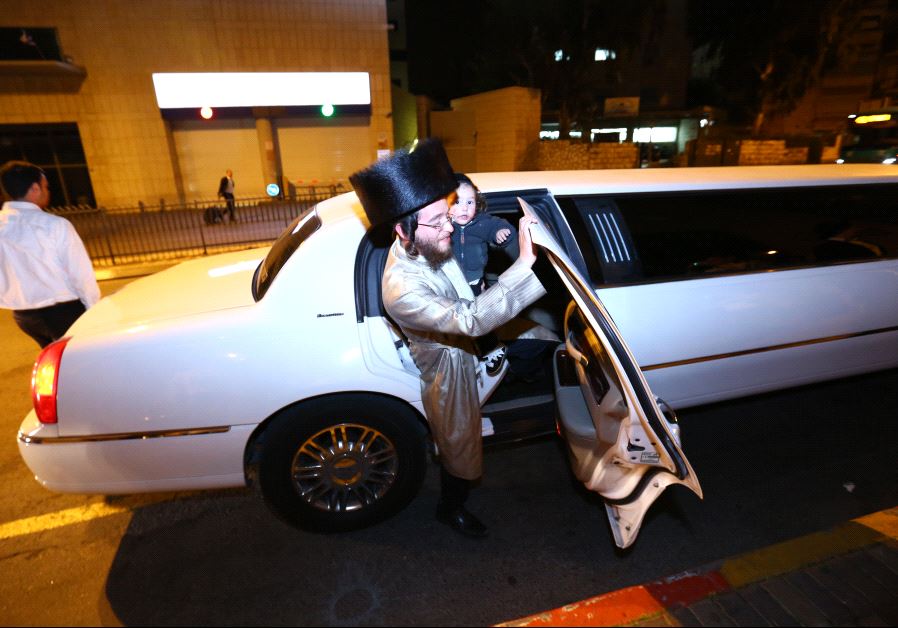 IDF deserter Tzvi Dov Friedman.(photo credit: SHLOMI COHEN)The two deserters, Yisrael Meir Toledano and Tzvi Dov Friedman, both in their early 20s, were treated like celebrities and driven in a limousine down several main roads in the haredi neighborhoods of Jerusalem, accompanied by hundreds of dancing supporters who cheered for the two men who were described as “prisoners of the Torah World.”At Bar-Ilan Street, the two men got out of the vehicle and were borne aloft the shoulders of the revelers like heroes amid jubilant dancing and songs about their devotion to God.“We must cling to the Torah in every situation, at all times, in court, in jail… nothing will succeed in separating us from the Torah,” said Friedman, while addressing the massed crowd over a sound system from a balcony overlooking Bar-Ilan junction.Following the procession and celebration, Toledano and Friedman were given the honor of meeting Rabbi Shmuel Auerbach, head of the Jerusalem Faction, who praised and blessed the two deserters.Toledano is from the Grodno yeshiva in Ashkelon associated with the Jerusalem Faction, while Friedman belongs to the anti-Zionist Eda Haredit group and studies in a yeshiva for married students in Beit Shemesh.The Jerusalem Faction instructs yeshiva students associated with it not to report for preliminary processing in IDF enlistment offices when ordered to do so at age 17 or 18, rendering them deserters who are liable to arrest by military police.Most other haredi yeshiva students do report for preliminary processing and are then eligible for the military service exemptions because of their yeshiva studies, which the majority take.Toledano and Friedman were given permission to leave military prison for the Passover Seder on Monday night but were ordered to return to finish their sentence on Tuesday night.Toledano was originally sentenced to 56 days in prison and has another 20 days to serve, while Friedman was sentenced to 75 days in prison and has approximately another 40 days to serve.The Jerusalem Faction has been instructing its yeshiva students not to cooperate with the IDF for several years, and more and more men associated with it have been arrested in recent months, often in demonstrations against haredi enlistment.Last week, nine men associated with the group were indicted for disturbing the public order, attacking police, and other misdemeanors during such demonstrations, the latest of nearly 70 such indictments filed in 2017.The Jerusalem Faction’s operations are largely part of an internal political struggle within the haredi world against the mainstream political grouping headed by Rabbi Aharon Leib Shteinman.Auerbach’s supporters and advisers were among the key power players surrounding the former head of the Ashkenazi haredi world, Rabbi Yosef Shalom Elyashiv, but were pushed aside by Shteinman’s people when the latter inherited the mantle as the leading rabbi of the generation when Elyashiv died in 2012.
Advertisement
Subscribe for our daily newsletter