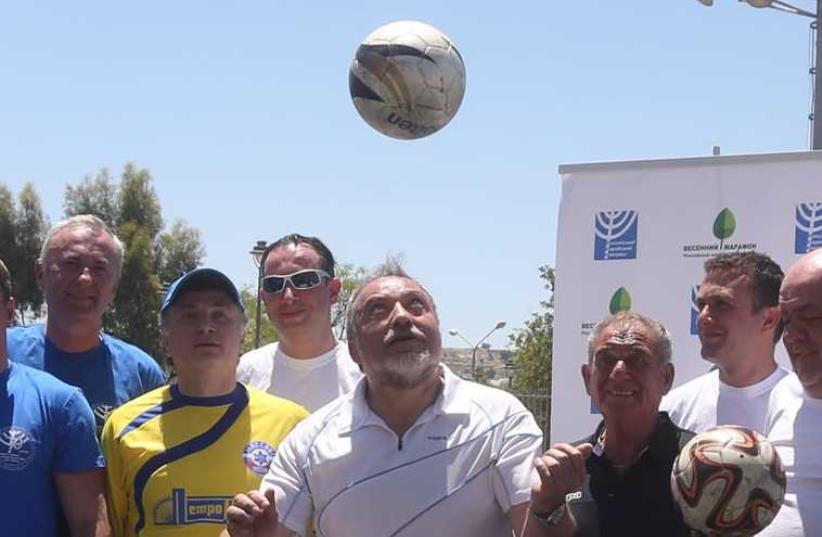 Avigdor Liberman plays soccer
(photo credit: MARC ISRAEL SELLEM/THE JERUSALEM POST)
Advertisement
Yisrael Beytenu party leader and former foreign minister Avigdor Liberman, along with a few of his fellow party members, played a game of soccer Thursdays in Jerusalem against a team comprised of Russian Jewish Congress members.The friendly match was held in commemoration of Victory Day in Europe over Nazi Germany 70 years ago.
Last Monday saw Liberman drop a political bombshell announcing at the Knesset that not only would he not join Prime Minister Benjamin Netanyahu’s government, but that he also would quit his post immediately as foreign minister.
Speaking at a meeting of his Yisrael Beytenu faction later, Liberman painted the move as purely ideological and principled.
Photos: Marc Israel Sellem
Advertisement
Subscribe for our daily newsletter