Heatwave on its way out as winter readies comeback

Aside from those locations, no place compared to the hottest Februaries of 1941, 1971 and 2010, the most recent being the most extreme. 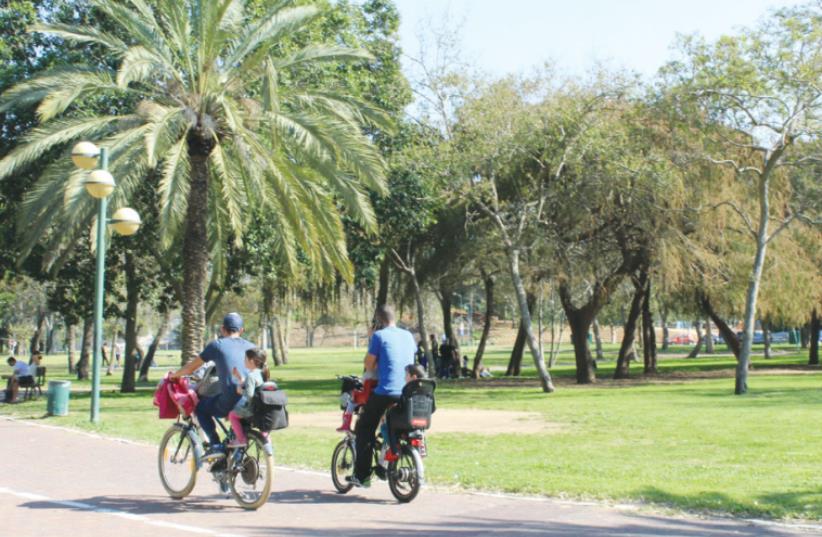 PEOPLE CYCLE through Yarkon Park in Tel Aviv over the weekend.
(photo credit: MICHELLE MALKA GROSSMAN)
Advertisement
The past week seemed like a dream – as if all of Israel skipped a few months and ended up in May. Hopefully, everyone enjoyed it well because winter should be making a comeback this week.The average highs for the country for this time of year, according to the Israel Meteorological Service, is usually between eight and 10 degrees centigrade. However, the past week saw the mercury rise to 32° in some places with average highs for Israel reaching 21°-30°.Two spots in the North even managed to break records for their high temperatures by a matter of 0.1° to 0.2°. On Wednesday at Kfar Bloom, in the Upper Galilee, temperatures reached 30.8° while at the IMS weather station in Tzemah, south of the Kinneret, temperatures reached a record-breaking 32°.Aside from those locations, no place compared to the hottest Februaries of 1941, 1971 and 2010, the most recent being the most extreme. In 1941, for example, Jerusalem reached 29.9° while during last week’s heatwave, the highest temperature was 23.5°.The reason for the sudden heatwave last week, according to IMS head Climate Department Dr. Amos Porat, was “an upper air ridge that causes the air to subside, making it warmer and drier.“In the low levels of the atmosphere we have a Red Sea Trough and a surface ridge from Turkey and that brings a warm and dry flow from the southeast,” he said.However, temperatures were already cooler over the weekend and the IMS predicted only a further drop, with scattered showers in the North and Center on Sunday that are expected to intensify in the afternoon and even bring thunderstorms.They are again warning of flash floods.Contrast that with Yarkon Park in Ramat Gan and Tel Aviv on Friday. Families picnicked, groups did tai-chi and both joggers and cyclists alike seemed to race past them all in joy.The most common words to describe the weather were “fantastic,” “perfect” and “heavenly.”The lawns were buzzing with parkgoers from all walks of life: hipster, haredi, Muslims, Christians and Jews of every stripe. Food kiosks and boat rental shops rejoiced most of all.Still, many of the weather revelers who spoke to The Jerusalem Post hoped that the heatwave wouldn’t last too long. Some said they prefer cold weather while others worried that crops would die without rain. One young boy from Jerusalem with a broken arm said that the warm weather was a “nightmare” since it made the skin under his cast itch.Hopefully he’ll be pleased on Sunday: His hometown is expected to see rain and a low of 10°.