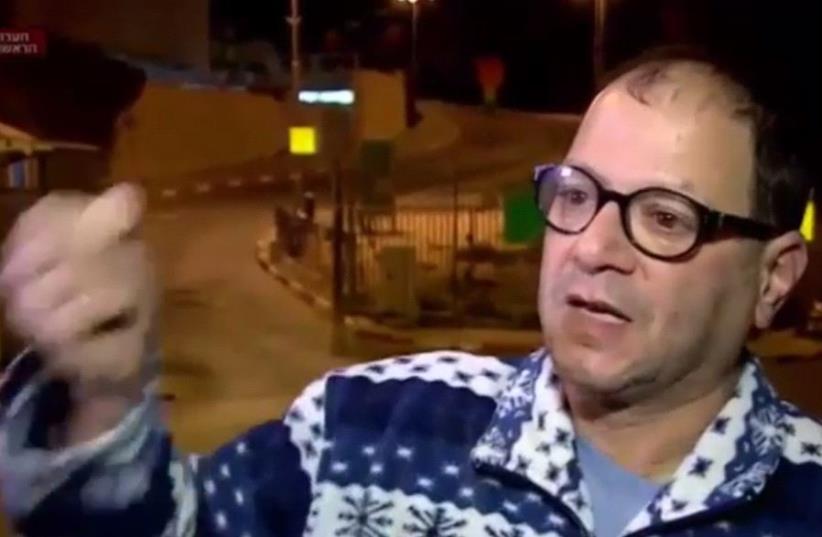 Dr. Ofer Cassif
(photo credit: YOUTUBE)
Advertisement
Hebrew University Professor, Dr. Ofer Cassif, compared recent Israeli legislation, both proposed and passed, to those of the Third Reich in Nazi Germany, reported Channel 2 on Thursday as a recording of his class became public. The statement occurred in a Politics and Government course as part of a preparatory college program at Hebrew University in Jerusalem. One of Cassif's students objected to the comparison, but the political science professor continued with his analogy stating that it is comfortable to deny the situation in order not to come to terms with reality, but that it would very dangerous to do so. He also explained to his students that the comparison is a matter of fact rather than opinion. His personal thoughts on the matter are even far more reaching. Cassif further criticized the current state of of affairs in Israel saying, "those who refuse to see the similarities between what is happening in Israel, specifically in the past two years, and Germany in the 1930s, has a problem and will be responsible for the potential situation of the state."Cassif drew specific parallels from recent Israeli legislature regarding Arabs and Jews, to policies of Nazi Germany.The Hebrew University professor stated that the proposed Israeli nation-state law is similar to 1930s Germany's methods of creating a hierarchy of citizens according to classes. Cassif also criticized recent legislation passed legalizing 4,000 homes in the West Bank, stating that this this law, "allows Jews to take over Palestinian-owned land for themselves, just like Aryans in 1930 Germany were allowed to kick Jews out of their homes."Cassif's next comparison was regarding the recent legislative proposal pushed by Netanyahu to ban funding from foreign NGOs. Cassif explained to his students that this bill is similar to laws passed in Nazi Germany limiting organizations that criticized the regime. The Israeli Right was furious about the teachings of Prof. Cassif. The Likud party defended the nation-state law, explaining that it "is based on the Israeli Declaration of Independence, and therefore this professor the very creation of the state is racist."“Comparing the State of Israel to the most wicked regime in the history of mankind is not only a disgusting display of anti-Israel propaganda, but something more severe than Holocaust denial,” said CEO of right wing NGO Im Tirtzu, Matan Peleg.In response to the criticism surrounding the publication of his lesson, Cassif stated that, "the purpose of a classroom is to hold discussions and I did not prevent any of my students from speaking, therefore I will not give in to the attempt to silence me and prevent an open and constructive discussion."He also added that he stands behind his Israel-Nazi comparisons. The Hebrew University of Jerusalem responded by saying that Cassif's "discussion took place during the class 'Fascism- past and present,' and it is unfortunate that certain students chose to record their professor when not agreeing with his stance, instead of conducting an open discussion based on facts and opinions."This is not the first time Cassif has been criticized for making Nazi comparisons regarding Israel. In late 2015, the Hebrew University professor called Justice Minister Ayelet Shaked "neo-Nazi scum."In a similar occurrence Cassif took to social media last year, tweeting that Facebook blocked him for making a Hitler reference as a reaction to a pro-Netanyahu comment.

Facebook blocked me after writing "Sieg Heil" as a reaction to someone who endorsed Netanyahu as "the best Israeli prime-minister ever".
— Ofer Cassif (@ofercass) May 17, 2016

This comes after Education Minister Naftali Bennett proposed a new ethics code for universities, banning professors from expressing their personal political stances in the classroom earlier this month.