Chelsea Clinton featured as guest speaker at Canadian Friends of the Hebrew University dinner in Toronto where the announcement for the museum was made. 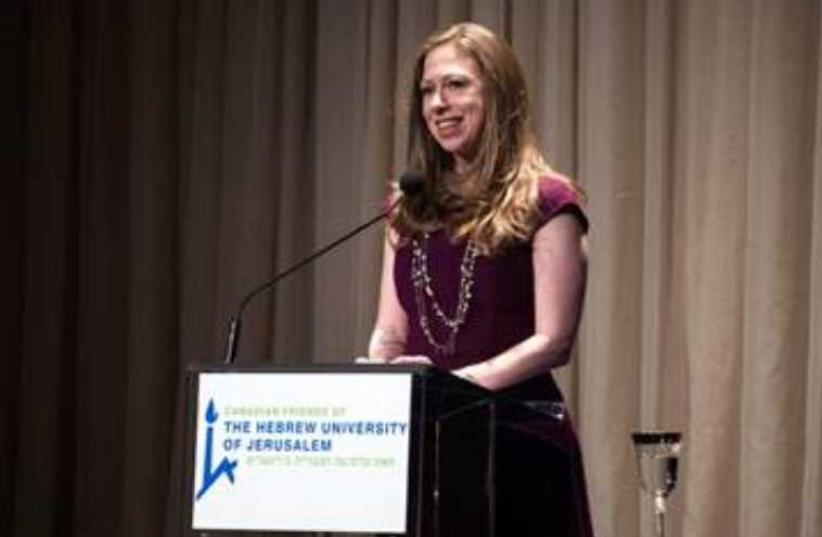 Chelsea Clinton, featured speaker at the Canadian Friends of the Hebrew University gala.
(photo credit: SARJOUN FAOUR)
Advertisement
The planning of an Einstein Museum was announced by the Canadian Friends of the Hebrew University at a dinner hosted in Toronto Wednesday evening. The museum, along with three other Einstein-related initiatives, are in celebration of the centennial of Einstein's theory of relativity.The Einstein Museum will be the first institution dedicated to continuing the legacy of Albert Einstein, who co-founded the Hebrew University of Jerusalem and bequeathed to the university his entire estate.In addition to the museum, designer Ron Arad has been commissioned to create the world's first 3D printed book, featuring essays from leading opinion formers, Cosmic Pictures will produce an IMAX 3D film exploring the origins and meaning of Einstein's ideas, and the third annual "The Next Einstein" competition will soon get underway."Given just how remarkable Einstein's legacy to humanity is, we wanted to create a suite of events that really creates a feeling of inspiration," said Rami Kleinmann, president and CEO of Canadian Friends of the Hebrew University. "What we planned is innovative, thought-provoking and awe-inspiring. We want the world to celebrate this great man's contribution with us."The dinner honored a select group of Canadians recognized for their philanthropy, values, and vision in education and featured Chelsea Clinton as a guest speaker.