Prime Minister Benjamin Netanyahu is expected to update the government on Sunday in regard to the legalization of the homes. 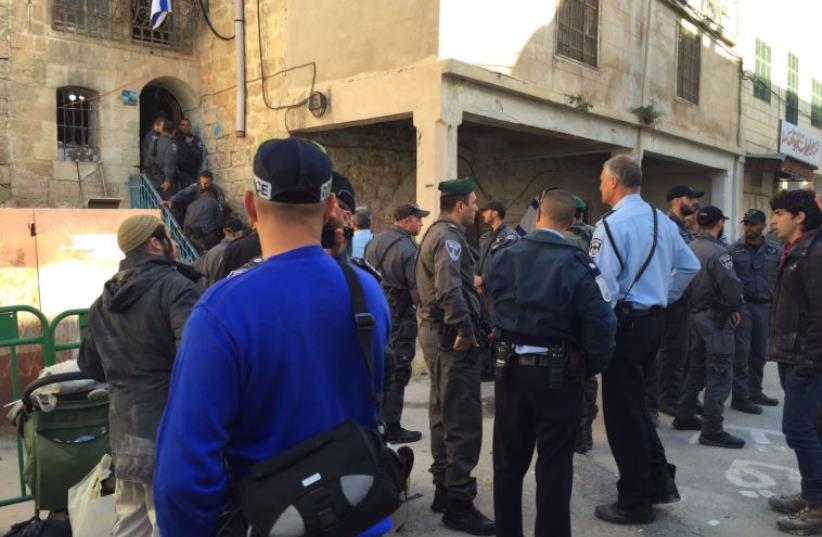 Security forces evacuate Jewish families from a building in Hebron, January 22, 2016
(photo credit: RACHEL BEN ARI)
Advertisement
Some 20 Jewish families are to attempt to return to two disputed buildings in the West Bank city of Hebron, just nine days after the IDF forcibly removed them.The families claim to have purchased the structures from their Palestinian owners, but moved into the buildings on January 21 without obtaining the necessary permits from the Defense Ministry.Prime Minister Benjamin Netanyahu is expected to update the government on Sunday in regard to the legalization of the homes.An aide to Defense Minister Moshe Ya’alon said the process of document authentication is complicated and time consuming, adding that it will not be completed by Sunday.But Shlomo Levinger, a spokesman for the Hebron families, said the authorization is expected to arrive on Sunday.The families plan to gather with their suitcases in front of the two buildings, which are located just a short block away from the Cave of the Patriarchs.The buildings are in an area of the city that is under Israeli military and civilian control, but currently all of the street’s residents are Palestinians. The nearest Jewish enclave in the city is the Avraham Aveinu apartment complex. There are only some 1,000 Jews who live in Hebron.