The Shin Bet committed in June to telling political activists they do not need to come when summoned for questioning. 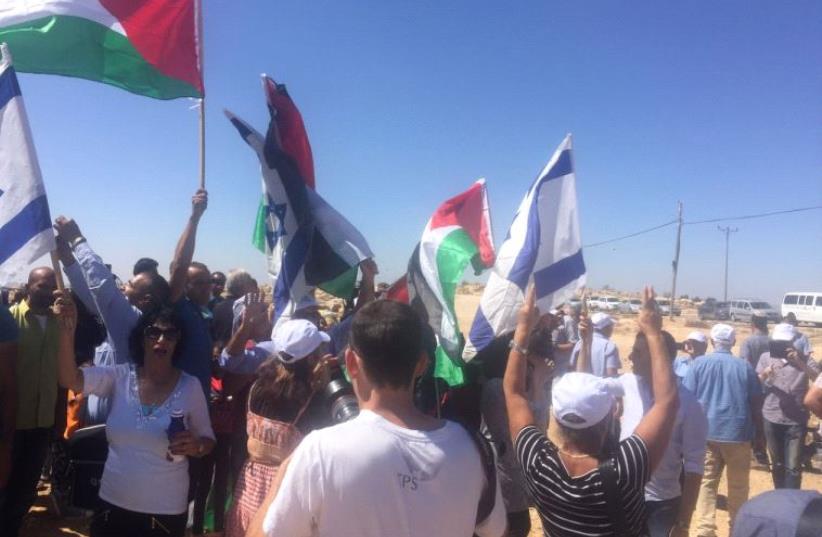 Right-wing activists and Palestinians clash at Sussiya.
(photo credit: Courtesy)
Advertisement
The High Court of Justice on Tuesday instructed the Shin Bet (Israel Security Agency) and the attorney- general to have clearer procedures and limits and promote oversight for questioning political activists.During the court’s decision, it also dismissed a request to entirely prohibit such questioning.Under the pressure of a petition from an NGO, the state had already told the High Court in June 2016 that the Shin Bet would be less aggressive in questioning political activists.The NGO, the Association for Civil Rights in Israel, filed the petition in 2013 to fight what it viewed as attempts to oppress free speech and political action. It has viewed the case’s results as a mixed bag of success and defeat.On one hand, in June 2016, the Shin Bet had committed to telling political activists who it considers subversive and potential troublemakers, but not terrorists, that when it summons them for informal meetings, they do not need to come and that their statements cannot be used in court and other procedures.This will be true whether the activists are summoned verbally or in writing.On the other hand, an ACRI spokesman indicated that the Shin Bet refused to show them the text they would use for summoning activists.Also, as a bigger picture threshold issue, ACRI had hoped the court would declare such summons illegal if they were not to cope with a clear security or terror threat.An ACRI spokesman said that it appeared that the court was accepting the idea that the Shin Bet had the authority to issue summons to political activists who it considered troublesome or destabilizing even absent a clear security threat.In the petition, ACRI cited a 2012 summoning of an activist who was against government plans to resettle the Beduin in the Negev from unauthorized villages to larger cities as an example of a coercive measure that chilled the freedom to organize around political causes.Though the court dismissed the petition’s request of prohibiting informal questioning, it granted the NGO NIS 15,000 in court costs saying it had done a public service by moving the state toward clearer procedures, limits and oversight regarding the questioning.