Instead of celebrating his bar mitzvah when he turned 13, he was taken to the Warsaw Ghetto with his family.

Shalom Shtamberg, a 93-year old Holocaust survivor, is lifted on a chair during celebrations marking his bar mitzvah ceremony, a Jewish coming-of-age celebration traditionally marked by boys at the age of 13, in Haifa, Israel August 31, 2017.
(photo credit: REUTERS/AMIR COHEN)
Advertisement
HAIFA, Israel - Eighty years after he missed the Jewish coming-of-age ceremony, 93-year-old Holocaust survivor Shalom Shtamberg celebrated his bar mitzvah on Thursday with his family and friends in the northern Israeli city of Haifa.Shtamberg was born in Warsaw, Poland, and should have celebrated his bar mitzvah when he turned 13, but instead he was taken to the Warsaw Ghetto with his family.He survived - unlike most of his family - by training as an electrician and acquiring skills that made him valued as a good worker.On Thursday, Shtamberg was picked up from his home by trainee police officers, who drove him to a synagogue in Haifa where he was welcomed by cheering crowds and flower bouquets. 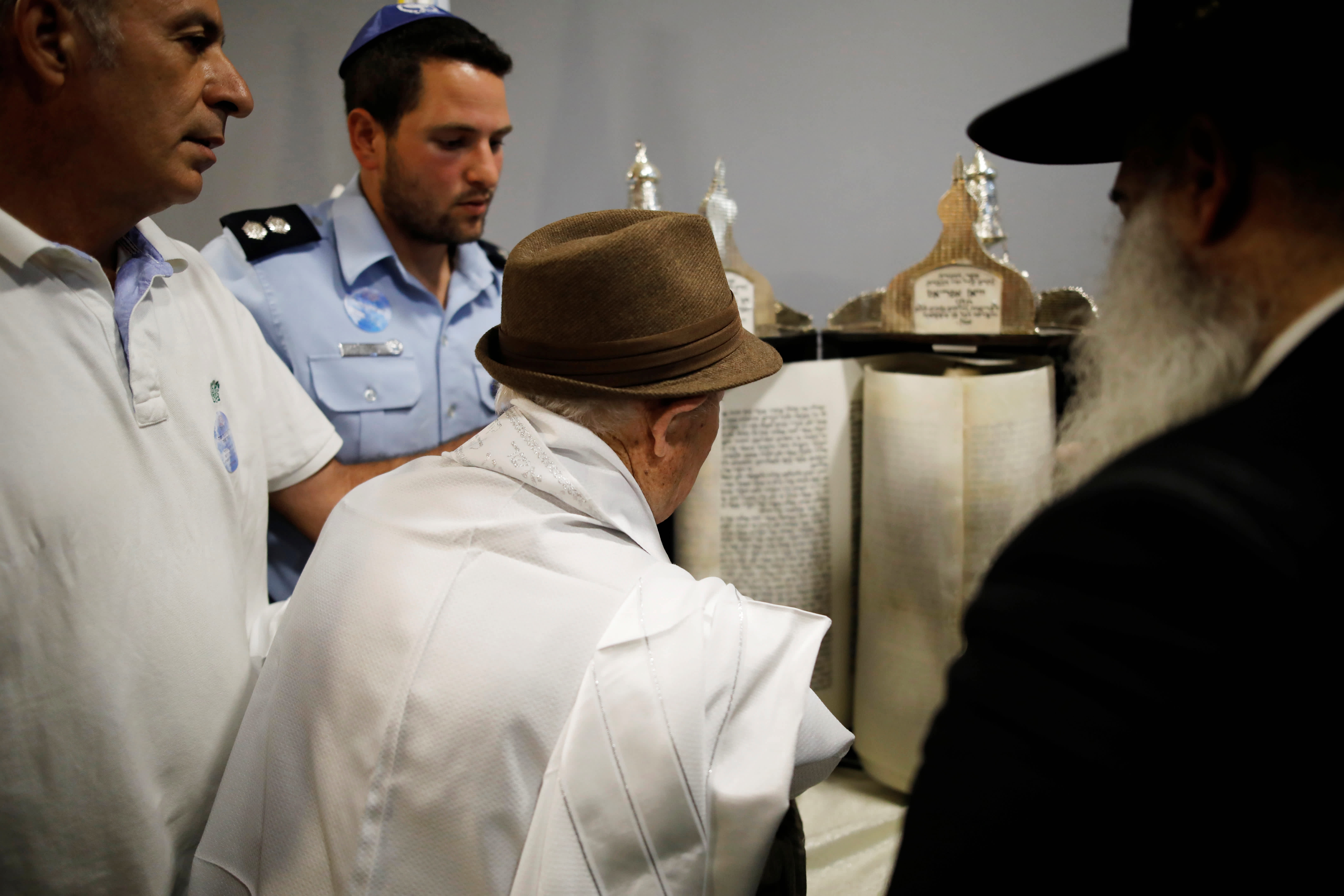 Shalom Shtamberg (C), a 93-year old Holocaust survivor, reads from a Torah scroll during his bar mitzvah ceremony, a Jewish coming-of-age celebration traditionally marked by boys at the age of 13, in Haifa, Israel August 31, 2017. (Reuters/Amir Cohen)
He was given a prayer shawl and read from the Torah scroll before breaking into dance with guests, including his wife."I haven't fulfilled my mission yet because I still have things to do," Shtamberg told Reuters.One of those things is to detail in lectures the horrors of the Nazi camps he survived, unlike his parents and five brothers who were killed.Recalling his time in the Ghetto, he said: "In the beginning I did not speak, I said and told nothing because I stayed a child, aged 13, 14, and (living in) Warsaw Ghetto was extremely difficult, every day."