The survivor recalled the atrocities that befell the Jews of Europe during the Holocaust. 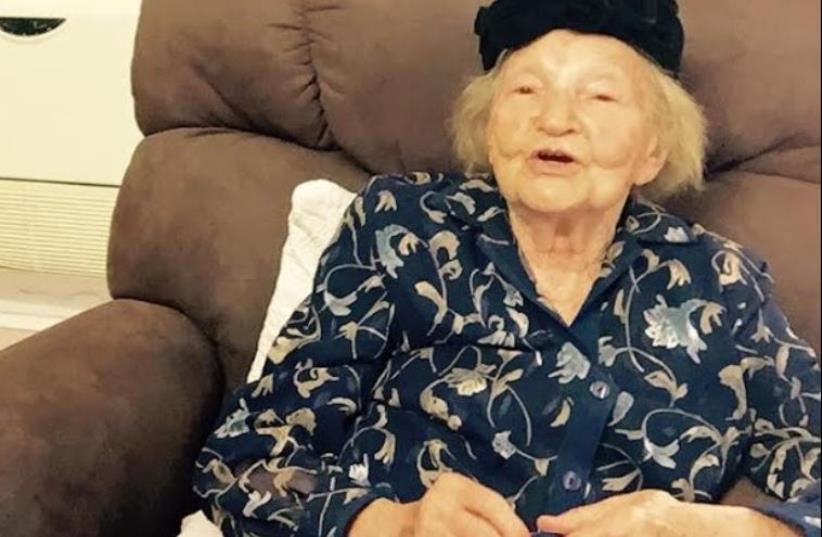 Rachel Zaney, the Holocaust survivor who penned a letter to Maj. Gen. Yair Golan.
(photo credit: Courtesy)
Advertisement
In response to controversial comments made by Maj.-Gen. Yair Golan during a Holocaust Remembrance Day address in which he compared Israel to Germany in the 1930s, a Holocaust survivor wrote a rebuttal letter on Monday imploring the IDF officer to reexamine his position.Rachel Zaney, a 94-year-old survivor of Auschwitz, penned a powerful reply to Golan’s assertion that “horrifying developments that took place in Europe are beginning to unfold” in Israel.In her letter, originally published in French-language weekly Le P’tit Hebdo, Zaney articulates the stark differences between Israel today and her horrifying experiences during the Holocaust. Among them, she touches on the discrimination Jewish students experienced in the University in Berlin and explained that her father was forced to travel to Budapest in 1916 to study due to “class limitations” banning Jews from studying in Berlin.She compares this discrimination found in the early influences of Nazism in Germany to the complete academic freedom of Arab-Israelis who “can study at any institution that suits them, and even benefit from affirmative action.”Zaney points Golan to the horrors of the Nazi doctors, among them, the profound cruelty of German physician Josef Mengele. In utter contrast to this, she describes her experience with the Israeli doctors at Hadassah Medical Center, who she relays provide equitable care to all their patients, including “the terrorist who laid in the bed next to” her.The survivor proceeded to recall the atrocities to which she bore witness.“I remember the Hungarian leadership that forced the Jewish lawyers to clean the streets with toothbrushes. I witnessed the sadism of the Commander of the Kraków-Płaszów concentration camp, who sicced his dog on my friend to rip her breasts off to the backdrop of shouts of ‘Jude!’ My nephews described how the Hungarian soldiers managed to turn the ‘Blue Danube’ to a red river from the blood of the Jews they would slaughter.”Zaney reminisces that there was no end to the cruelty of the French police, “who sent the Jewish children to their deaths, even when the Nazis did not request it.”Zaney concludes her letter by evoking the names of those she lost to appeal to Israel to maintain a strong and compassionate army, “In the name of my father Alder Chenki, who believed in democracy and paid with his life at the Sobibor concentration camp. And my sister Chanah, who was slaughtered in the gas chambers at Auschwitz when she was pregnant. And my 8-year-old cousin Andre, who also went to the gas chambers because no one taught him how to fight with a knife,” she writes, “so that no more Jewish children have to die.”At the conclusion of her impassioned appeal, Zaney invites Golan to her house, so that she can share with him more of her experiences.In addition to Zaney’s letter, Golan faced vehement outcry from many public figures, including a staunch reprimand from Prime Minister Benjamin Netanyahu. Golan backtracked and claimed that he had not in fact intended to liken Israel with Nazi Germany.Among those in the political sector, Education Minister Naftali Bennett called on Golan to rectify his mistake.“A moment before the Holocaust deniers turn these mistaken words into their flag, a moment before our soldiers will be compared to Nazis, God forbid, with approval from above, the deputy chief of staff made a mistake, and he must fix it immediately.”