A former head of the Meretz party, Sarid had served for years as a lawmaker for decades with the Labor Party, a precursor to the current Zionist Union. 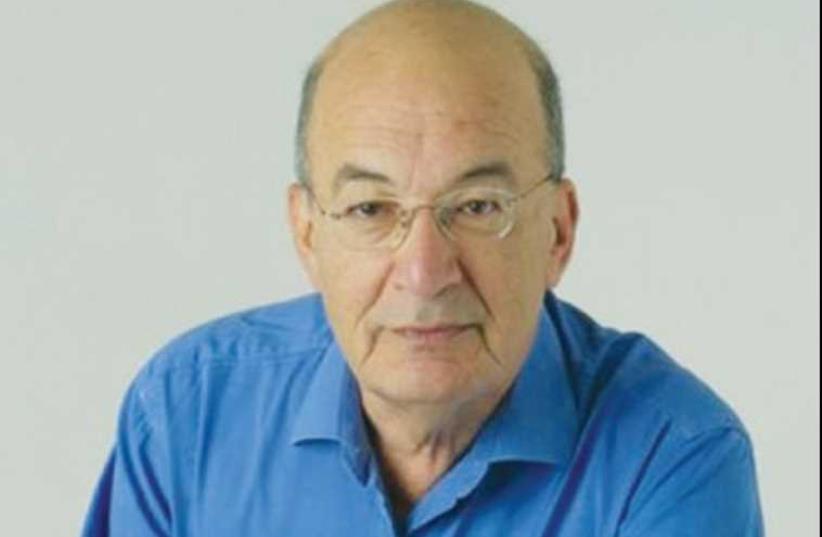 Yossi Sarid
(photo credit: Wikimedia Commons)
Advertisement
Hundreds of politicians, past and present, family and friends attended an emotional burial for former cabinet minister and left-wing leader and icon, Yossi Sarid, at Kibbutz Givat Hashlosha on Sunday.Author Amoz Oz tied the timing of Sarid’s funeral after his sudden death at 75 of a heart attack to the onset of Hanukka, the festival of lights, eulogizing the man he called his teacher as “a beacon of light, a man who was a beacon of light for his entire life, a man who until his dying day never quit believing the light would chase the darkness away.”He also urged an unpopular Left to seek wider public support for its quest to end the country’s control over millions of Palestinians living in territory captured in the Six-Day War.A former head of the Meretz party, Sarid had served for decades with the Labor Party, now part of the Zionist Union, before breaking ranks with Labor in the mid-1980s over policy differences toward the Palestinians, and his outspoken support for their goal of achieving statehood in the West Bank and Gaza Strip.He had also held the cabinet posts of environment and education minister.Sarid’s burial was a civil, non-religious ceremony, with no rabbis presiding.Flower pots bedecked his gravesite as music was played and eulogies were uttered.Survived by his wife of many years, Dorit, three offspring and several grandchildren, Sarid’s son Yishai recalled his father’s controversial persona, often as a whipping boy of rightwing politicians who objected to his views.“The way he had a piercing, tortured love for Israel was reflected in how he worried so about it until his last breath,” Sarid said of his dad.Meretz leader Zehava Gal-on vowed to continue in Sarid’s peace-seeking footsteps against what she called “a reality in which Israel is becoming less democratic” with leaders who offer few alternatives to “surviving by the sword.”Oz recalled Sarid as an author of poetry and books, but devoted a great deal of his remarks to the sense felt by many on the country’s Left that they have lost an important icon of a struggle to win back support in a country governed for decades by largely rightwing dominated governments.Sarid retired from politics about a decade ago, but continued as a commentator and a columnist for the Haaretz newspaper, and as a mentor to his successors. He headed Meretz from 1996 until 2003, a party he joined about a decade after being elected for the first time as lawmaker with Labor in 1974.Those eulogizing him vowed to try and press on with Sarid’s ideology of prioritizing peace-making with the Palestinians and opposing the construction or expansion of settlements on West Bank land.“We part today from a brave, wise, stubborn and above-board person. Yossi Sarid was one of the first to notice that occupation and annexation were leading to disaster,” Oz said in his eulogy.Sarid, he said, had a “sharp voice that constantly reminded everyone… again and again [that] there was no contradiction between love of Israel and seeking peace and justice, on the contrary.”Oz said he believed the “historic struggle for peace” would go on “for a long time to come,” but expressed hope that his country and the Palestinians would not give up.“The tragedy between us and the Palestinian people is a bleeding wound for dozens of years. You cannot take a big stick and beat the bleeding wound so it will cease to be. The wound must be healed and the wound can be healed,” he said.Fellow leftists, Oz said, should try harder to win greater public support, saying a majority in the country want peace through compromise, but fear the risks of withdrawing from warwon land. The Left, he said, should listen to such misgivings with a more sympathetic ear.“These fears must not be mocked or ignored… they are not imaginary or irrational fears. Instead of rejecting Israelis who fear peace we must find a way to reach them, to calm and not condemn, to respect the legitimate fears instead of dismissing them in mockery, we must strongly debate our rivals but also listen intently to what they have to say,” Oz said.Still, Oz said the Left could stand firm behind its message, which eschews “the demagogic claim that only those who ignore the rights of others are those who love the land of Israel. We will never accept the defeatist and depressive claim that the bad reality closing in on us is irreversible.”