"There is a limit to how much ‘no’ we can hear, and we will not remain silent until the discrimination ends.”

By JULIANE HELMHOLD
JULY 18, 2018 20:01
Hundreds of members of LGBT community protest surrogacy law in Tel Aviv
(photo credit: Courtesy)
Advertisement
Hundreds of members of the LGBT community took to the streets of Tel Aviv Wednesday evening to protest the surrogacy law, which passed in its third reading in the Knesset earlier that day, The Jerusalem Post's sister publication Maariv reported.In an unprecedented move, the LGBT Association called employees of LGBT organizations throughout the country to take part in a general strike on Sunday.On their "march of rage," LGBT activists walked towards the Kirya government compound, continued down Kaplan Street and gathered at Habima Square. 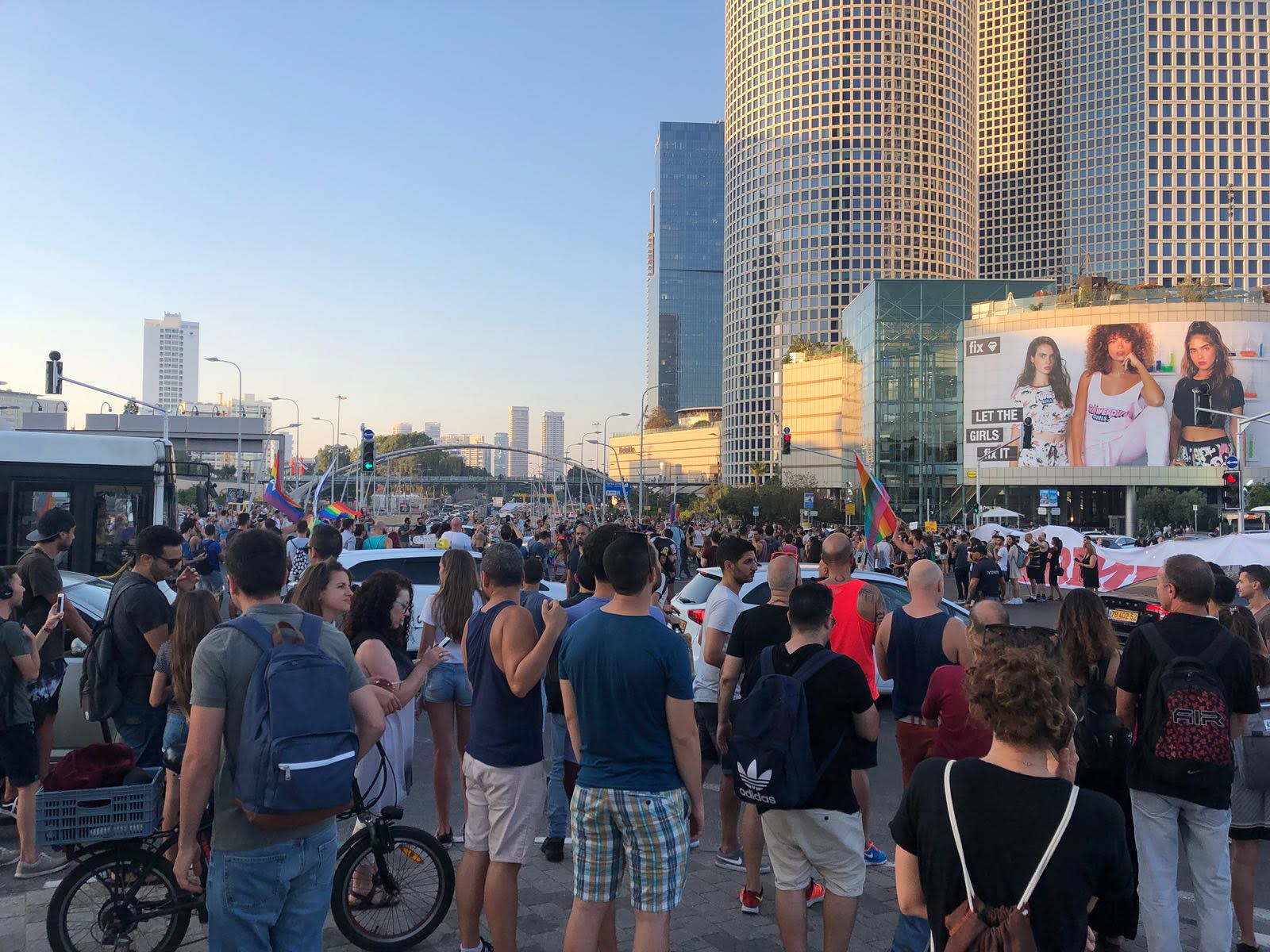 Hundreds of members of LGBT community protest surrogacy law in Tel Aviv (Courtesy)In addition to the strike, the LGBT Association called on its members and members of the community not to attend work on Sunday, close their businesses and to take part in different protest activities.Wednesday's demonstrations are part of a series of protest taking place in the past week.On Monday, LGBT activists blocked traffic on King George Street, one of Tel Aviv's main thoroughfares, and demonstrated in front of the city's Likud party headquarters.On Saturday night, several thousand people also demonstrated in Tel Aviv. 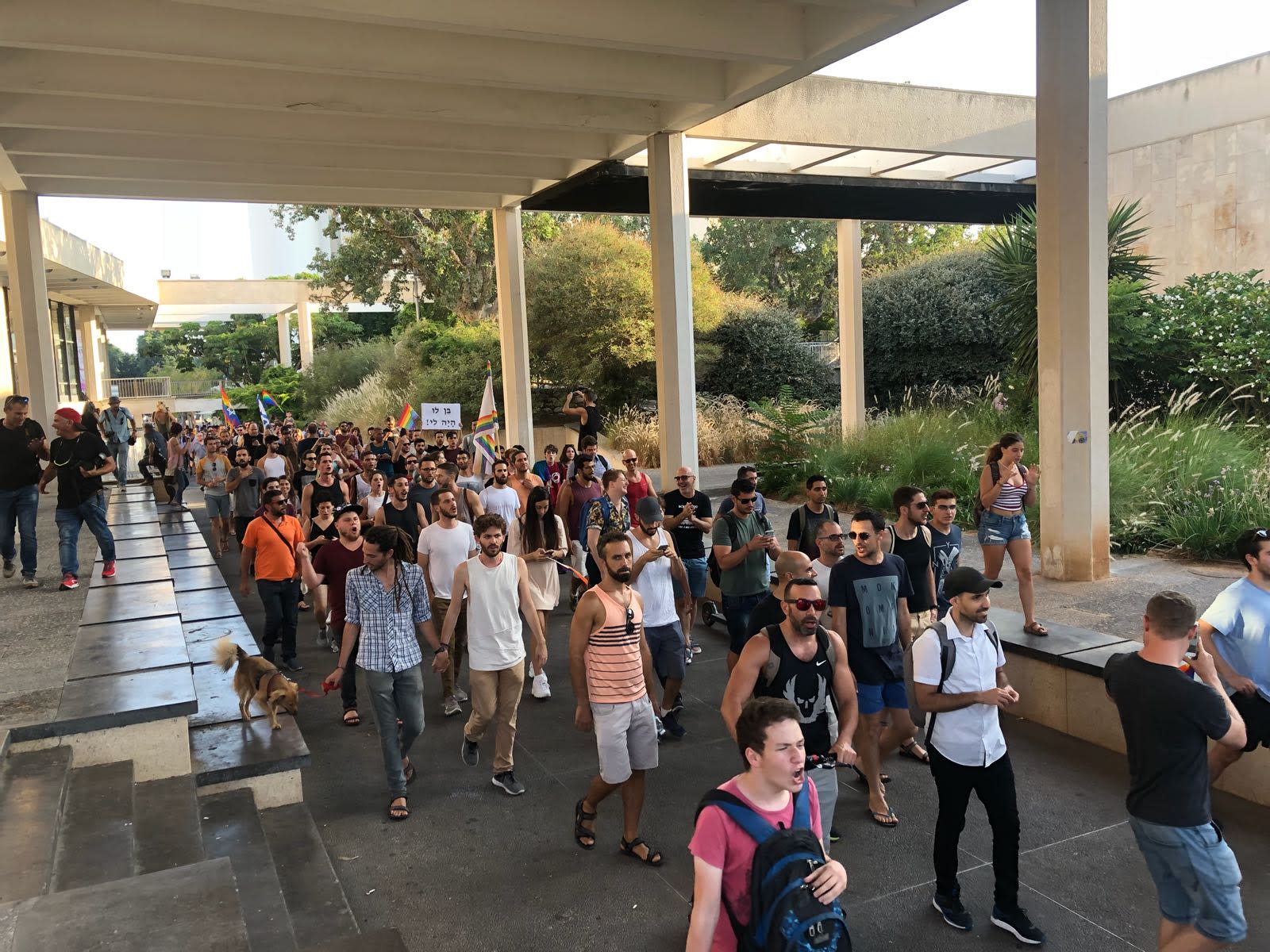 Hundreds of members of LGBT community protest surrogacy law in Tel Aviv (Courtesy)
The government's surrogacy bill, which updates current legislation to grant state support for pregnancy via surrogacy for married heterosexual couples only, passed after a long debate in its third reading in the Knesset on Wednesday.Prime Minister Benjamin Netanyahu was one of the politicians who voted against an amendment to the bill that would allow homosexual men to have a child via surrogacy. Shortly before the vote, the two members of Knesset who spearheaded the bill, MK Amir Ohana from the Likud party and MK Meirav Ben Ari from the Kulanu party, officially noted that they would suggest an amendment to the law in the next session of the Knesset to include homosexual fathers. 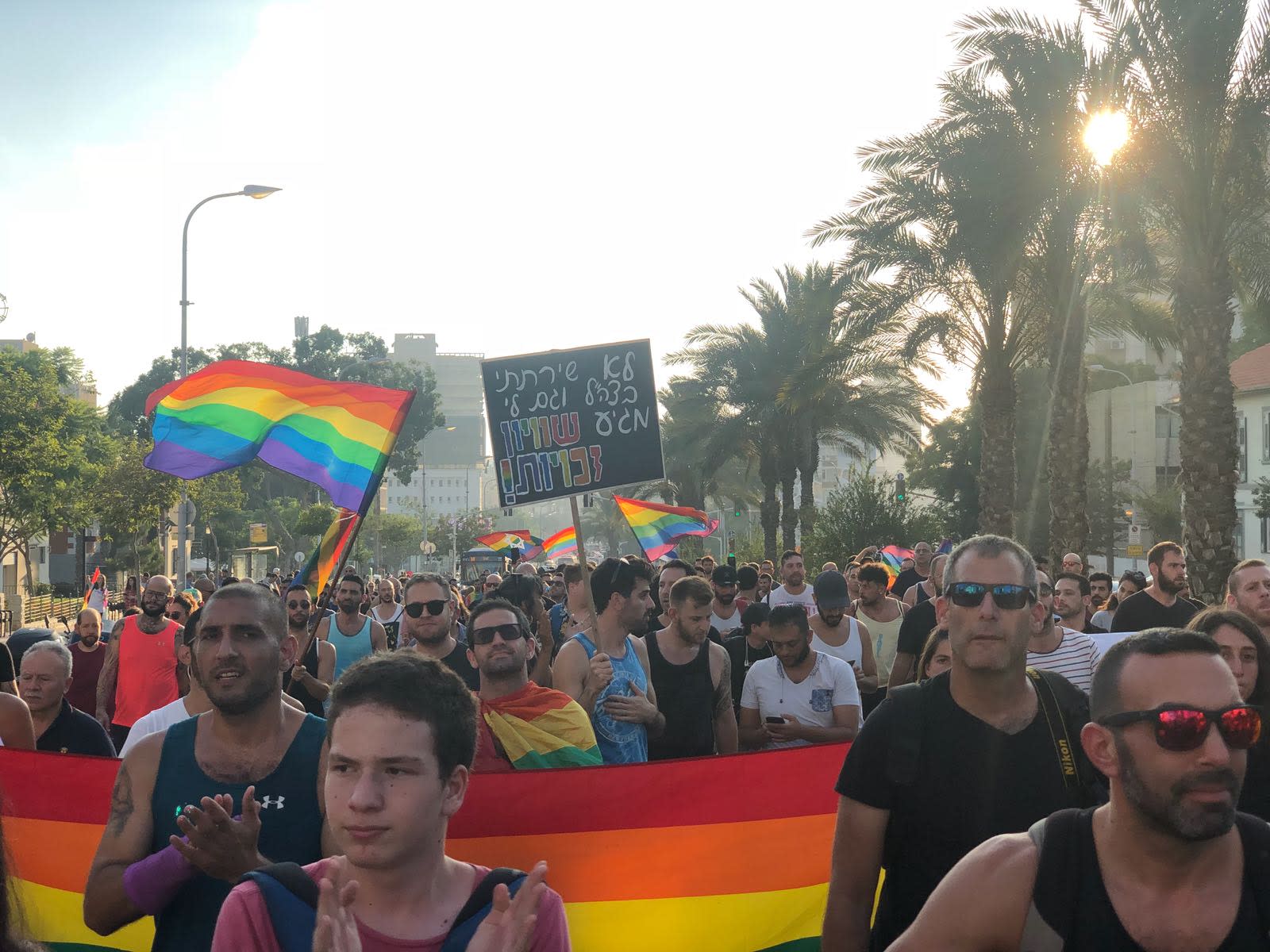 Hundreds of members of LGBT community protest surrogacy law in Tel Aviv (Courtesy)Ohana and Ben Ari were given permission to vote against their party lines and ultimately voted against it.In response to the bill, Yesh Atid Leader Yair Lapid called the prime minister a coward and said that he "promised at a meeting for the Likud Party that he would support a law that would allow LGBT fathers to be parents, but yet he voted against it." "According to the prime minister’s fluent English, we are in an LGBTQ paradise, but in reality they do not allow us to marry and we are not allowed to have children," Chairman of the LGBTQ Association Hen Azrieli said during Saturday's protests."There is a limit to how much ‘no’ we can hear and we will not remain silent until the discrimination ends.”Jeremy Sharon, Jonathan Weber Rosen and Tamara Zieve contributed to this report.