Father of Israeli woman killed in the New Year’s Eve attack in Istanbul said on Sunday that he had tried to stop his 18-year-old daughter from traveling to Turkey. 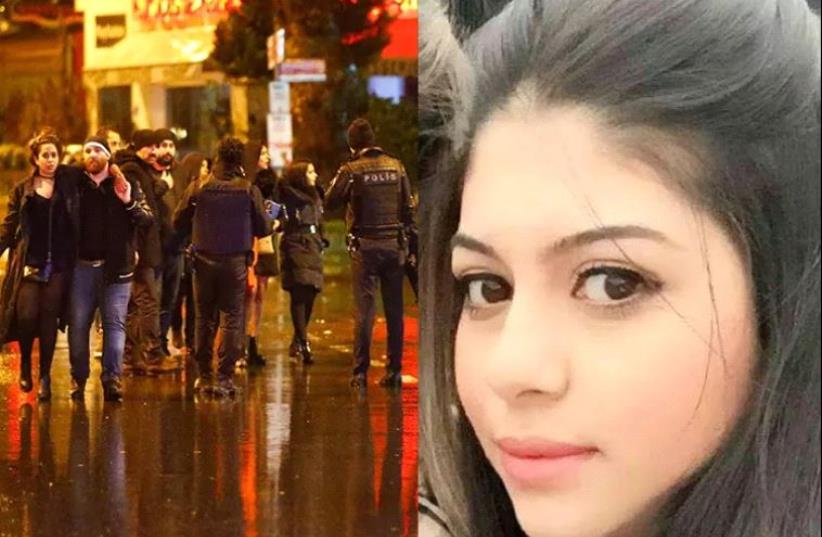 Layan Nassar
(photo credit: Courtesy,REUTERS)
Advertisement
The father of the Israeli killed in the New Year’s Eve attack in Istanbul said on Sunday that he had tried to stop his 18-year-old daughter from traveling to Turkey.“I had a feeling,” Lian Nasser’s father, Zahar, said. “I told her not to go there, but... youthful stubbornness. I told her it wasn’t worth it with the current security situation."“It’s very hard, I don’t understand what happened,” he told Channel 2. “It doesn’t make sense, just yesterday she contacted the family and told us about the trip and the fun she was having.”
39 killed in Istanbul nightclub attack
Lian’s uncle, Walid Nasser, said that since the family received the sad news on Sunday morning, family and friends surrounded them to lend their support. “We are in shock,” he said. “A young girl at the beginning of her life, who just went on a trip with her friends, which ended tragically. I have no words.”Nasser, from Tira in the Triangle area, east of Kfar Saba, was initially listed as missing, before her body was found on Sunday.Her body will be buried in a Muslim cemetery in Tira.Another Israeli, a 22-year-old woman also from Tira, was wounded. The two women were vacationing together and were at the nightclub when it came under attack. The father of the injured Israeli said his daughter sustained two gunshot wounds and that as of Sunday morning she was in “good condition” following surgery.He added that the family was told that their daughter was expected to remain hospitalized for about four days until her condition stabilizes, at which point her transfer to Israel will be permitted.