Manufacturing the first wing is a milestone in a challenging industrial process, aimed at upgrading and adjusting the original T-38 platform, first developed in the 1950s.

By YAAKOV LAPPIN
DCMA representative Lt.-Col. Allen Garrison and IAI CEO Joseph Weiss against the background of the T-38 wing
(photo credit: IAI)
Advertisement
Israel Aerospace Industries delivered the first wing it manufactured for the US Air Force’s T-38 supersonic jet trainer on Wednesday.The wing was delivered to Lt.- Col. Allen Garrison, a representative of the Pentagon’s Defense Contract Management Agency (DCMA), at IAI’s Lahav Division plant. IAI said manufacturing the first wing is a milestone in a challenging industrial process, aimed at upgrading and adjusting the original T-38 platform, which was first developed in the 1950s.The process included the creation of three-dimensional models for designing and manufacturing the plane’s wings.DCMA advisers assisted the IAI engineers in creating the new wings. 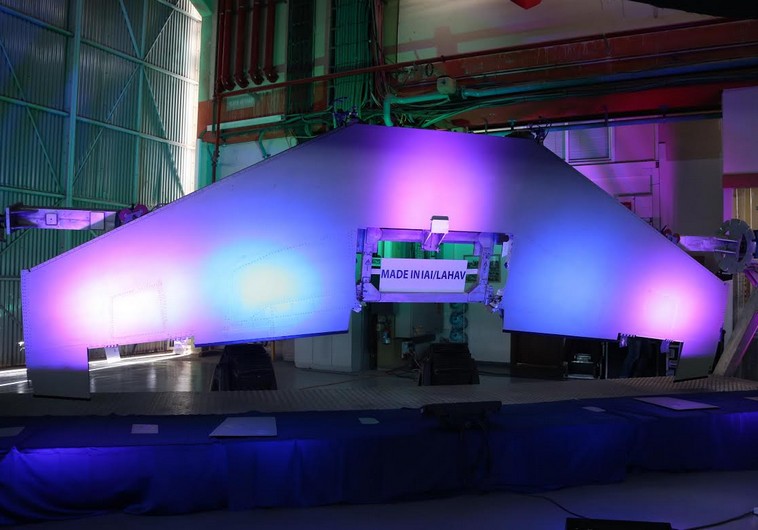 The T-38 plane, produced by the Northrop Grumman Corporation, has been in the service of the USAF for decades. It will remain in service until 2026.IAI President and CEO Joseph Weiss said his defense company has over 30 years' experience in manufacturing parts for fighter jets, adding that he is "proud to support the United States Air Force." IAI also produces wings for F-16 and F-35 fighter jets.In November, the Israeli defense corporation inaugurated its wing production line for the F-35 fighter jet at its Lahav Division. The automated line is expected to produce about 4 sets of F-35 wings per month that will later be attached to the F-35 fuselage in the United States.IAI is scheduled to produce more than 800 pairs of F-35 wings over the next decade. The first set of wings will be ready for delivery to Lockheed Martin by mid-2015. The potential sales are estimated at $2.5 billion.