Israel at the ICC - Judges tell Prosecutor: Your brief was too long 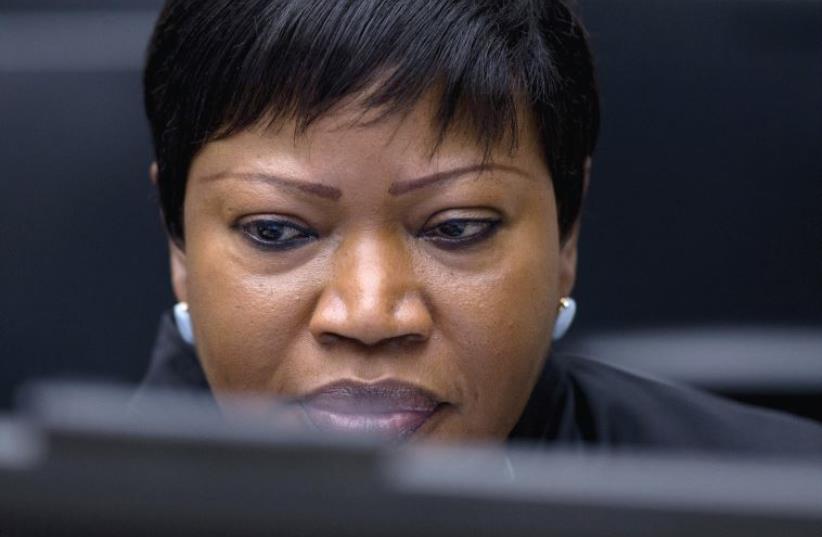 PROSECUTOR FATOU BENSOUDA waits for the start of the trial against former Ivory Coast president Laurent Gbagbo and former youth minister Charles Ble Goude at the International Criminal Court in The Hague last month.
(photo credit: PETER DEJONG/REUTERS)
Advertisement
The International Criminal Court Pre-Trial Chamber on Tuesday rejected the ICC Prosecution’s request to delve deeper into the Israeli-Palestinian conflict, because it was too long.
However, the same ICC Judges told ICC Prosecutor Fatou Bensouda that she could refile, and that they would approve her request to file a longer brief than usual.
Bensouda’s December 20 decision ran around 120 pages, and the ICC judges have instructed Bensouda that even with their granting her request to file a longer than usual brief, she must stay within 110 pages when she refiles.
Although practically this is all a procedural sideshow, and the case against Israel and the Palestinians for war crimes may very well go on, one relevant outcome is that the rejection, which itself took a month, may delay the ICC Pretrial Chamber’s decision by months.
In addition, the procedural decision seems to signal that the judges will not rush the process, and that Bensouda’s hope of getting the court’s approval to fully investigate Israelis and Hamas for war crimes no later than March 20 may have been overly optimistic.
Bensouda’s December 20 decision to recognize the State of Palestine and to move forward against both Israel and Hamas led to outcries of bias from Israel, and a campaign to isolate the ICC, while it elicited praise from the Palestinian Authority.
In an exclusive interview with The Jerusalem Post, Bensouda did reveal that she has not decided if she will seek war crime charges against the IDF, and that any war crimes charges she seeks against Israelis relating to the settlement enterprise will only relate to settlements built after June 2014.
The PA itself limited its complaints against Israel to the post June 2014 period.
However, Israel still views prosecuting settlements as a ‘war crime’ as a massive show of bias since it appears to ignore UN Security Council Resolution 242’s framework that Israel and the Palestinians need to resolve their own border disputes.