Roni Alsheich, the deputy head of the Shin Bet is Erdan's nominee for police chief. 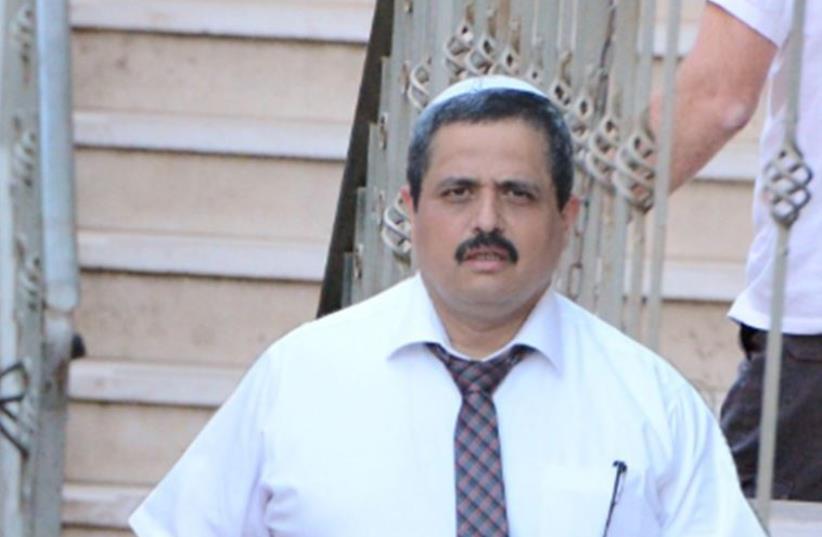 Roni Alsheich
(photo credit: Courtesy)
Advertisement
Prime Minister Benjamin Netanyahu on Sunday authorized the release of the name of the deputy Shin Bet (Israel Security Agency) chief who is a candidate to be Israel's next chief of police.Roni Alsheich, who until Netanyahu's authorization had been identified in the press only as 'R', due to the practice of keeping the identity of Shin Bet officials secret, was named Public Security Minister Gilad Erdan's choice to serve as the next police chief on Friday.Alsheich served for years as a commander in the IDF Paratroop Brigade, including as head of its combat engineering and demolition company, and later as deputy head of the brigade’s 50th Battalion.In 1987, he joined the Shin Bet and has served in a number of roles, including as commander of the Jerusalem, Judea and Samaria District and the Southern District, as well as in command roles involving the agency’s manpower, strategy and planning departments.He has served as deputy head of the agency since 2014, and was expected to be a top candidate to head the Shin Bet when Yoram Cohen finishes his term in May 2016.Alsheich is 52 years old and a married father of seven and grandfather to seven. He lives in central Israel, but in the past had lived in a West Bank settlement in the Binyamin region. Like Cohen, Alsheich wears a skullcap and is religiously observant.He has a BA from the University of Haifa in political science and an MA in political science from Tel Aviv University.His nomination will now go to the cabinet for approval and he will be vetted by the Turkel Advisory Committee on Senior Appointments.The committee will begin reviewing his candidacy on Sunday.Netanyahu issued a statement expressing “full support” for Alsheich's candidacy, calling him a talented man with rich experience “who has contributed a great deal to Israel’s security and will contribute a great deal more in the position of police commissioner.”Education Minister Naftali Bennett called him “an experienced, creative and determined commander,” adding that he is sure the new inspector-general will lead the police well.“We must all enlist to make sure he succeeds,” Bennett said.Yesh Atid’s chairman Yair Lapid and MK Mickey Levy, a former Jerusalem police chief, praised the nomination, stating: “Israel needs a professional and high-quality inspector-general. Now more than ever, the police needs a commander who proved himself for many years, with professional experience, who can rehabilitate the police’s standing and know how to ensure Israeli citizens’ security.”On Wednesday, Erdan announced that he had rescinded the nomination to lead the police of IDF Brig.-Gen. (res.) Gal Hirsch, after nearly a month of controversy. Hirsch blamed Erdan’s move on what he described as a month-long campaign of defamation against him, and decried “unelected power brokers” running the country.Alsheich is seen as much more likely to be approved.Nevertheless, when Alsheich's nomination was announced on Friday, reports circulated that the police’s Southern District head Asst.-Ch. Yoram Halevy and acting commissioner Asst.-Ch. Bentzi Sau – both seen as likely candidates for the top job – had submitted their resignations, though by Saturday, both men were still in the organization and only weighing resignation, according to police officials.The nomination is the latest stage in a nearly three-month process to find a replacement for former commissioner Yohanan Danino, which has seen a series of candidates from the security establishment and the law enforcement community decline the nomination.The drawn-out process comes after police have faced a series of scandals involving top officers who were dismissed or resigned following sexual abuse and sexual harassment complaints, as well as numerous corruption cases.