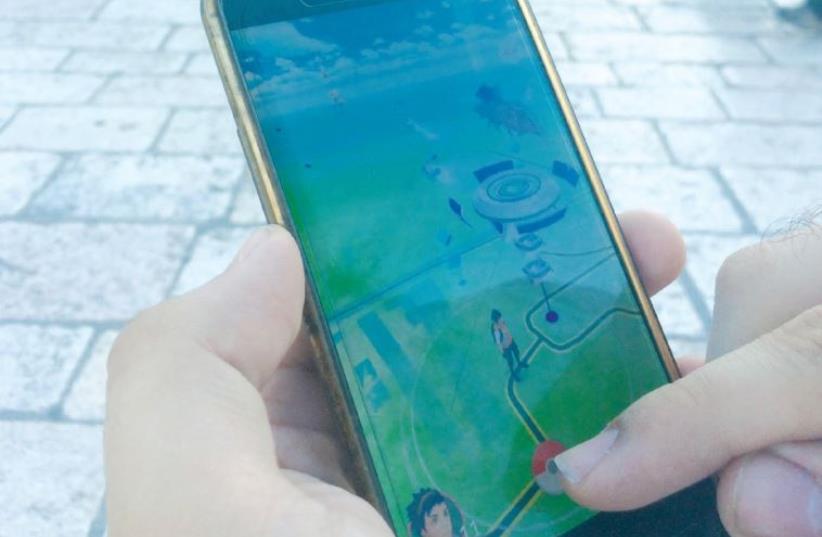 POKÉMON GO
(photo credit: JOSH SOLOMON)
Advertisement
Acting on concerns that soldiers on IDF bases playing Pokemon Go could download a lookalike application and inadvertently reveal sensitive data, the military this week banned all usage of the smart phone application on military property.The decision was taken by the IDF’s Security Division, which recently ordered all soldiers and officers to cease playing the game on base immediately.The IDF Spokesperson Unit said in a statement that “a concern over the leaking of sensitive military information, such as photographs and base locations,” drove the decision.Military sources said they had become aware of another application that “looks and acts like the original [Pokemon Go] application, which causes data to be leaked out,” adding that this was the real reason for banning the game.It noted that “as part of the installation of the application, a device’s camera is activated to enable the game’s embedded reality, while location sensors, for orientation around an area, are also activated.”Meanwhile, with large numbers of people running around during daylight exposed to the sun trying to capture monsters for the Pokemon Go smartphone application, the Israel Cancer Association warns the public to protect itself from sunburn and the risk of skin cancer.The relatively safe hours to go out are before 10 a.m.and after 4 p.m., the ICA cautions. Try to spend as much time in the shade, and wear a wide-brimming hat, sunglasses and light, longsleeved clothing and regularly apply sunscreen, the ICA warns. Drink water often to avoid heat prostration, and be aware of traffic dangers