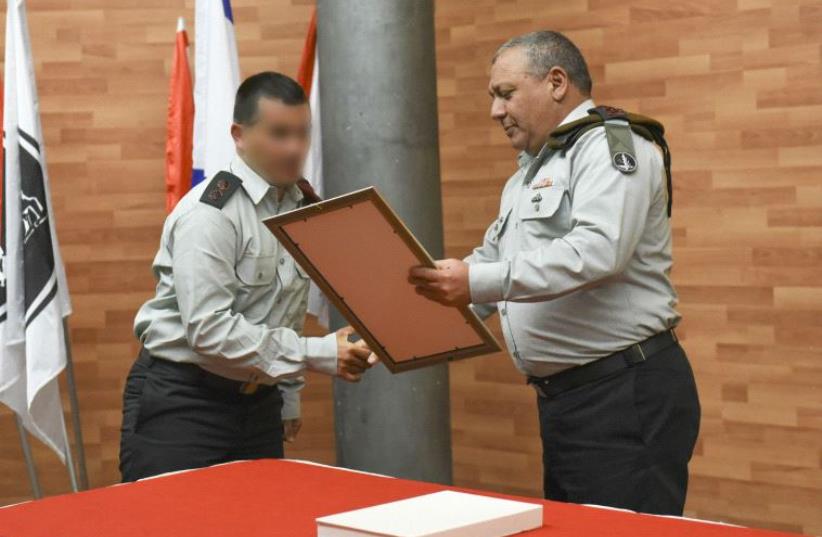 Duvdevan receive citation
(photo credit: IDF SPOKESPERSON'S UNIT)
Advertisement
IDF Chief of Staff Lt.-Gen. Gadi Eisenkot awarded the elite Duvdevan Unit with a citation for its security activities over the past year on Thursday.Duvdevan members often go undercover, dressing up as Palestinians during security raids. The unit led continuous operations in the West Bank over the past twelve months, the IDF said, taking part in hundreds of operations to arrest wanted suspects, thwart terrorist attacks, and disband cells. In a ceremony attended by senior IDF brass, including OC Central Command Maj.-Gen. Roni Numa, Eisenkot awarded the unit for "sticking to the mission, bravery, striving to engage, and creativity while carrying out their missions," the IDF said.  "The Duvdevan Unit marks 30 years to the day of its establishment," Eisenkot said at the ceremony, held at the unit's base. He recalled that the unit led the war against suicide terrorism during the Second intifada. "Ultimately, everything rests on the people, their fighting spirit, and the rightness of their path," Eisenkot said.