Soldiers will receive the most advanced equipment, including equipment purchased abroad at a cost of $10 million. 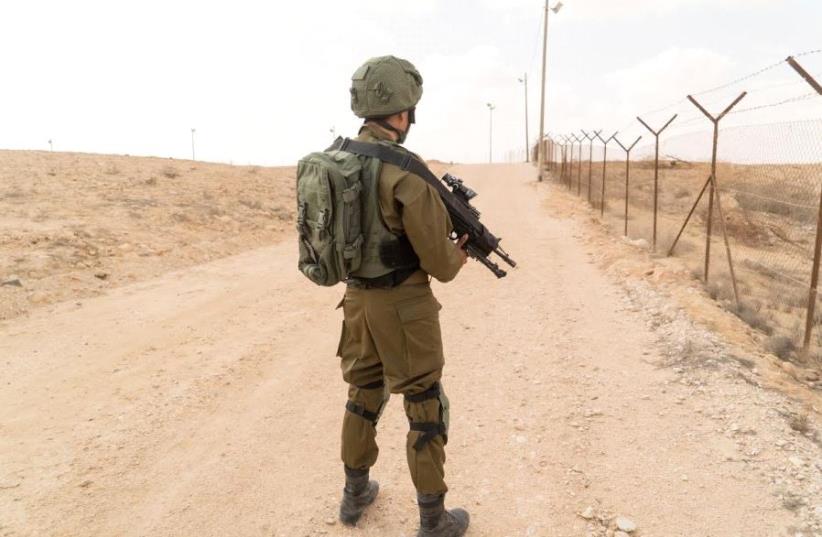 An IDF soldier [Illustrative]
(photo credit: IDF SPOKESMAN’S UNIT)
Advertisement
Conscripts in combat and combat support roles will receive new equipment and funding by the army to purchase personal items beginning in August in an effort to upgrade the quality of the army, the IDF said on Tuesday.According to a senior officer, the conscripts will receive new and improved equipment following a comprehensive program that was initiated last February at a cost of NIS 200 million. Soldiers will receive the most advanced equipment, including equipment purchased abroad at a cost of $10m.Every kit will have generic items needed for combat, as well as items specific to the needs of the fighter and unit. Some 5,300 combat support equipment kits, which range in cost from NIS 8,000-NIS 10,000, have already been distributed. The kits include a Marom Dolphin vest, kneepads, gloves, three-liter drinking bags, helmets, goggles, headlamps and medical equipment, such as a combat application tourniquet and bandages.For basic training, soldiers will use existing equipment and will only receive the kits following their advanced training. The kit will remain with the soldier throughout his service, and while the program will only be relevant to conscripts and current combat soldiers, it will also apply to reservists in the future, according to the senior officer.As of August, combat conscripts will also receive a significant sum of money to purchase personal items, such as socks, athletic shoes and undershirts, and will not be restricted in the brands they can purchase, unlike in previous years.According to the senior officer, the goal of program is not only to reduce the need for donations and the expenses of soldiers and their families, but also to increase uniformity among combat soldiers and upgrade the quality of the equipment they use.“It is equipment that we could only have dreamed of,” he said. “The army will now look different and be better prepared for the next war.”