IDF fighting to hang on to its cyber programmers

Commanders attempt to beat back the lure of the private sector, with its siren song of far more comfortable conditions. 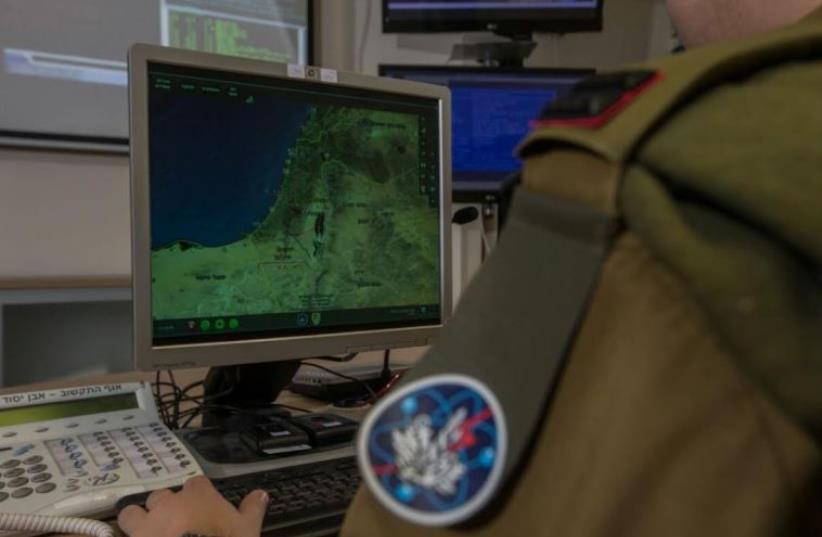 Photos of personnel from the C4i Division
(photo credit: IDF SPOKESPERSON'S UNIT)
Advertisement
Sitting on broken chairs and operating old computers, programmers from the IDF’s Matzpen unit are nevertheless making a series of breakthroughs in their quest to prepare the military for 21st-century challenges. All the while, their commanders attempt to beat back the lure of the private sector, with its siren song of far more comfortable conditions.Maj. G. (full name withheld), head of the Cyber Defense Systems Development Department in the Matzpen unit, a part of the C4I Branch’s Lotem Technological Unit, provided insight into the inner and often secretive world of military programmers.His department is a key player in the formation of the new IDF Cyber Division, which will combine cyber defenders from the Lotem IT Division and cyber attackers from Military Intelligence.“The establishment of a new cyber division will, for the first time, mean that the department will interact with Military Intelligence. They will become our users. This is a big, new opportunity,” Maj. G. told The Jerusalem Post earlier this week.Yet in the midst of all of this progress, the department must fight to keep its programmers from jumping ship, and moving to any one of the array of Israeli hi-tech start-ups. Programmers usually stay on for five-and-a-half years, before moving on, G. said.“This is a relatively short time period. They must work with closed networks here, and access to the Internet world is largely closed,” he said. “This has a price.”What keeps them going is the satisfaction that they are contributing to national security, he added. But even that appeal has limitations. Some programmers enroll in officer courses after two to three years of service, and then remain in the department as career soldiers.The others complete their five years of service, and then their commanders select some and ask them to remain. Often, they do not get their wish.“In many cases, the people we want to stay on do not,” G. said.The fact that the IDF has made cuts to the number of career soldiers in this area has added to the challenge, he said. “This means we always have to renew the unit’s ranks. They get to a very high level, but then they often leave.”Yet despite all of these challenges, which also include dealing with military bureaucracy, the department is working hard to advance the IDF’s cyber capabilities.“As commanders, we try to help them. And in the end, people do stay, mainly because of the satisfaction from what they do, and their connection to the operational world,” he added.G.’s three-year-old department has been drawing up innovative cyber combat doctrines, as it seeks to map out and stay up to date in a world that is changing at the speed of light.“Programmers here work on command and control for dealing with cyber warfare. They develop systems for cyber defense, ensuring that the General Staff can continue functioning, and that cyber warriors can track down and respond to attacks on military networks in time,” G. said. “My department gets missions to develop these systems. We are a multi-branch department, and try to formulate approaches and solutions for all of the IDF’s branches,” he added.The department recently completed a big data project, whose details remain classified.It is also overseeing the transition to a web-like, open source architecture, which is reminiscent of the civilian Internet network, and comes with familiar social media type features.The programmers are also working hard to prepare responses to high-level, state-backed cyber attacks, figuring out which servers to disconnect, and how to issue alerts in time in case of a cyber assault.Maj. Zvi Greenberg heads the Decision Support Systems Section in the Matzpen unit (Matzpen is the Hebrew acronym for Military Systems for Command and Control and Management of Logistics and Human Resources).His department, like that of Maj. G’s, utilizes the skills of brilliant young programmers.A year and a half ago, it began work on a management and command system called 2020 Administration, which provides combat support services to all of the IDF’s branches.The system makes resources management more efficient, eliminates overlapping processes, and automates processes, Greenberg said. One version manages IDF personnel issues, and the other deals with logistics.“We take all of this very big data, and enable commanders to see the figures, and to see the key insights that they can use to manage their affairs,” Greenberg explained.The system would allow, for example, the commander of ground forces to immediately call up data on how many functional tanks are at his disposal, and how many are undergoing repairs. It would also enable him to know – with the press of a button – the level of preparedness among reserve forces.“If we want to give the deputy chief of staff a management system, it has to be a very intuitive system. We have to develop these systems very quickly, and work under the assumption that an operation will need them tomorrow morning. This is the spirit we work under. Otherwise, we will not be relevant,” Greenberg said.