IDF soldier fights Gaza terror tunnels, moves to a kibbutz on the border

For about two years, Alef and his 28 friends have lived in Kibbutz Kerem Shalom, which is located next to the Gaza border. 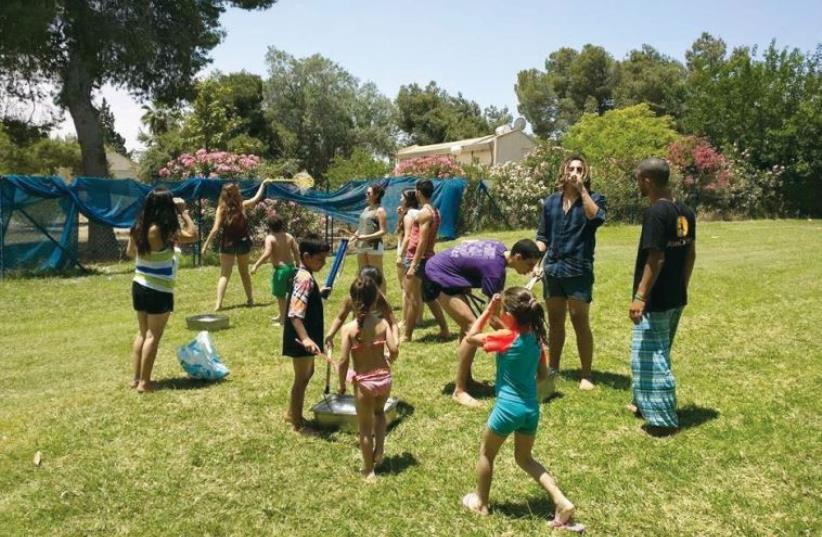 Enjoying the summer on Kibbutz Kerem Shalom near the Gaza border.
(photo credit: AMIT CASPI)
Advertisement
A soldier, only identified as Alef, the first Hebrew letter of his name, is in a unit that specializes in locating Gaza terror tunnels, which threaten Israeli communities in the South. The tunnels have become a major threat in the last few years, particularly during Operation Protective Edge in 2014."You work in the [Gaza] region. You're in the area every day, but you suddenly realize that no one comes to the kibbutz. I never in my life spoke to the people who live here," he told Channel 13.When Alef, who serves near the Gaza border, saw that the communities in the area were having trouble attracting new residents because of the security situation, he decided to take action, Channel 13 reported.
One Shabbat changed Alef’s life. “I arrived at the kibbutz and I saw a lot of empty houses. And we sat in a kind of circle, singing. And sitting next to me is a resident, and she said: 'it’s fun to see young life in this place.' And from that moment there was a sort of click. I said, 'I’m going to live here,'” he told Channel 13.He sent out a message on WhatsApp calling on people to join him in moving to the area – and was shocked when hundreds of soldiers responded.So about two years ago, he and 28 other soldiers moved to Kibbutz Kerem Shalom, which is located next to the Gaza-Israel border. They’ve brought new, young energy to the kibbutz, something the community had been searching for. In fact, their joining the community has made the kibbutz quite popular.Alef initially served in the Kfir Brigade, but was injured and forced to leave the unit. Later, he was sent to the tunnel unit.“There’s this moment when the driller says, ‘We feel something here,’ and you put the camera in and that’s it: you know you succeeded. You realized you saved a life,” Alef told Channel 13. “Every moment is emotional, realizing again the impact you have been able to make… there’s no room for mistakes in my job. If I miss something here, it could be that in a few months [terrorists] come out of the tunnel and kill civilians.”Now Alef knows the Gaza border area from both above and below ground.