The High Court of Justice had ordered the Ayelet Hashachar synagogue built in the West Bank settlement of Givat Ze'ev to be demolished by November 18th. 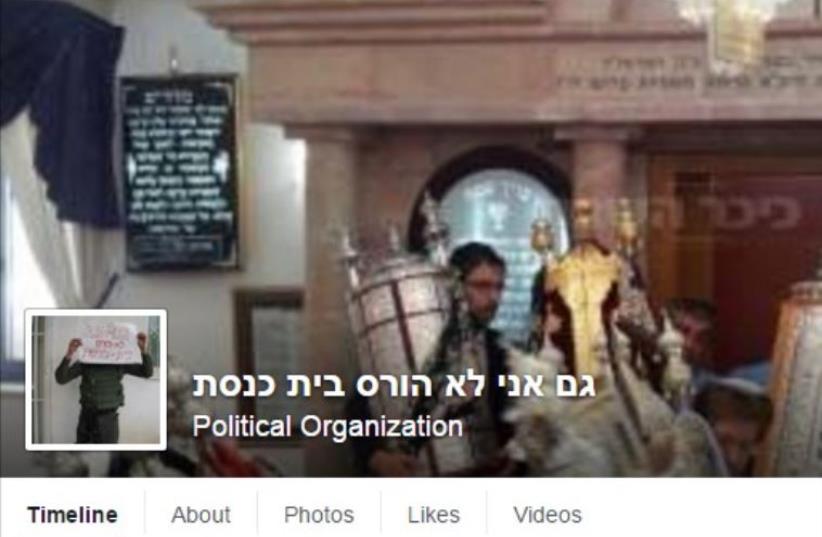 Facebook page launched by IDF soldiers vowing to refuse orders to raze illegally built synagogue
(photo credit: FACEBOOK)
Advertisement
Nearly 2,000 Israeli soldiers and Border Police personnel have clicked "like" to show their support for a Facebook page designed to encourage security forces to refuse possible orders to demolish a synagogue that the High Court has declared illegal.The High Court of Justice had ordered the Ayelet Hashachar synagogue built in the West Bank settlement of Givat Ze'ev to be demolished by November 18th, after it was discovered that documents with regard to the purchase of the property from its Palestinian owners had been forged.The community of worshipers who have used the synagogue for the last two decades were not involved in the purchase of the property and have spent the last year fighting to save the synagogue.The justices have already accepted a number of delays since the initial High Court ruling to raze the synagogue last summer. First the demolition deadline was delayed because of the High Holiday season. Then it was put off again so as not to divert the attention of security forces who were combating a wave of Palestinian terror that began on October 1. The High Court granted an addition extension after police said they feared right-wing extremists would respond to the demolition by executing “price-tag” attacks of revenge against innocent Palestinians, thereby further inflaming the already existing violence.In anticipation of the possible demolition, a group of soldiers and police officers took to Facebook, launching a page entitled "I, too, do not demolish synagogues."Thus far, it has garnered nearly 1,900 likes, with scores of security personnel from a wide range of military units posting their photographs while concealing their identities.