After agreeing to send lone remaining sons, families will not be able to change their minds. 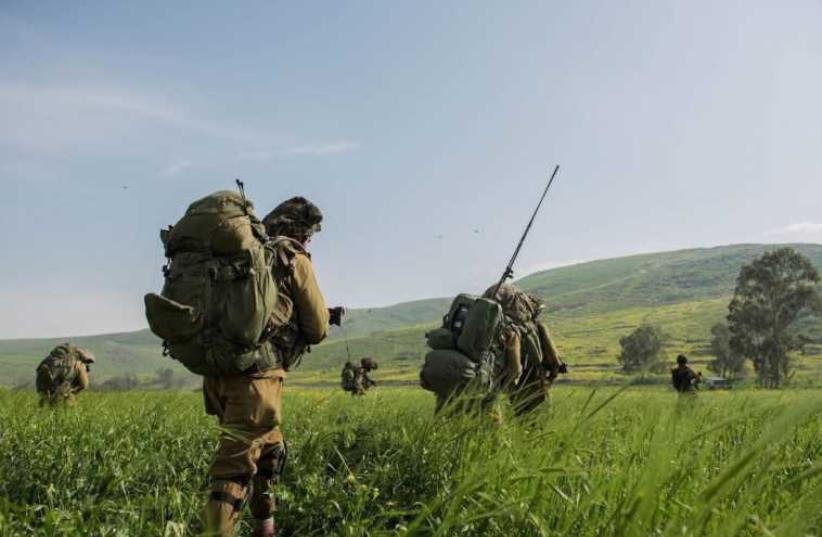 Members of the Kfir Infantry Brigade on combat training maneuvers in the Golan Heights recently
(photo credit: IDF SPOKESPERSON'S UNIT)
Advertisement
Until now, parents of slain soldiers who left behind one remaining sibling, could at any time change their minds about letting them serve in combat units. Soon, however, the IDF will not allow reversing such earlier approvals.The IDF’s Personnel Directorate, which sets policy on the issue, plans to revoke powers held by parents to pull their sole remaining son out of combat if this contravenes the soldier’s will.IDF planners have concluded that the current set up discriminates against the wishes of bereaved siblings who choose to serve in combat units, and who have already received written approval from their parents to do so.The decision comes after a lengthy dialogue with bereaved families, during which the families asked the Personnel Directorate to make the final decision on whether to allow siblings of fallen soldiers to serve.Ultimately, the directorate concluded that it could not ethically control such decisions, and that parents should have the initial right to approve or refuse their children’s request to serve in high-risk military positions.In the past, bereaved families could reverse their decision at any time, including during active combat, and withdraw their son or daughter from combat service.Meanwhile, in an effort to combat rumors that sometimes spread on social media concerning the fate of combating soldiers, the Personnel Directorate is also attempting to fast track its ability to allay or confirm fears of family members.This effort includes the setting up of a hotline that will provide rapid responses to worried relatives of serving soldiers.Earlier this month, the IDF Spokesman’s Office started a campaign targeting the spreading of false rumors and unauthorized information on social media, with a focus on claims relating to military casualties.The campaign – called “Don’t let rumors knock on the door” – is aimed at “explaining and illustrating to the public in Israel the severity of the issue, and the deep scars that rumors leave on families [of those affected],” the military said.“The campaign was born following a phenomenon that stood out particularly during Operation Protective Edge in the summer of 2014,” the IDF Spokesman’s Office added, “during which rumors on wounded and killed [soldiers] made many families fearful and anxious.”