Unit commander: If solution required, we can do it. 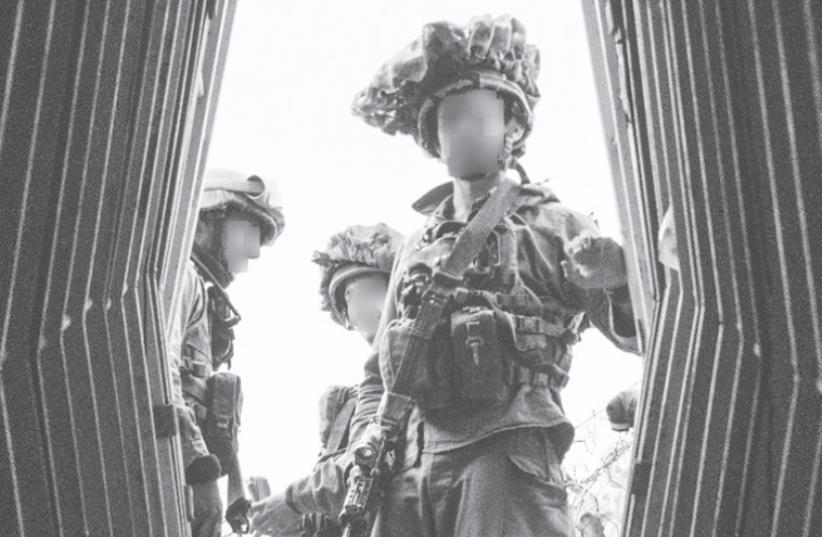 SOLDIERS OF the Engineering Corps’ elite Yahalom unit train recently for tunnel warfare.
(photo credit: IDF)
Advertisement
The Combat Engineering Corps’ elite unit, Yahalom, is closely monitoring the use of chemical weapons by terrorist organizations in the Middle East such as ISIS and is preparing for the possibility they will be used in a war.Lt.-Col. Ohad Bachar, 39, commander of Yahalom’s training center at Syrkin Base near Petah Tikva, told The Jerusalem Post on Wednesday that the unit is carefully watching the changing threats around the region, before incorporating them into training programs within a mere two to three weeks of their appearance.The pace of change in the training is so fast that no two training courses resemble each other, Bachar said.International media have reported that ISIS cells deployed chemical weapons in Syria and Iraq.At the same time, the traditional chemical threat to Israel’s home front of Syrian ballistic missiles with chemical warheads has all but vanished with the Assad regime’s compliance with an American demand to disband the program.Now, it is IDF soldiers who are more likely to encounter chemical mortar attacks in northern arenas, rather than civilians located in the rear.Within Yahalom, the secretive Saifan unit specializes in dealing with chemical weapon threats on the battlefield.Bachar said that “it is not a secret that chemical weapons are being used in countries around us – in Iraq and Syria.We hear about it on the news.It is no longer taboo to use them. We are looking ahead.If we need to provide a solution to this threat in a combat sector – not in the home front – we can,” he said.Training for such missions is “very complex, and has strategic significance,” the commander said, declining to go into any detail, other than to say that “all of this activity is under the radar... We can provide any solution.”Meanwhile, Hamas and Islamic Jihad continue to dig networks of tunnels in Gaza, and Yahalom has become one of the few military units to grow substantially in size, to meet the ever-changing underground threat.The Samur section of Yahalom, which specializes in underground warfare, has become a brigade-sized unit.Previously, Bachar said, it was a battalion-level unit.“We are much more ready for the challenges presented by the enemy,” he said. “Our abilities are far better than they were before.“If we were at a certain stage during Operation Protective Edge [when the IDF destroyed dozens of cross-border tunnels and many Gazan tunnels used to transport weapons and Hamas operatives], we are a different place today, in terms of our abilities to deal with tunnels,” Bachar said. “On the ground, you can see that our ability to locate and destroy tunnels is beyond what it was once.”Israel has detected and neutralized two Hamas cross-border tunnels in recent months, using classified systems.Anti-tunnel detection is a top IDF priority in 2016. The Samur unit is “training far more soldiers today than it did in the past,” Bachar said. “While every other unit is contracting in size, we are getting bigger,” the commander said, due to the tunnel threat.This means that commanders within Samur can develop areas of specialty, giving the unit the ability to lead operations independently.A year and half into his current position, Bachar said Yahalom’s four sub-units are each training hard to prepare for different types of threats.The other two sections are Yael, which provides combat engineering assistance, and the unit’s bomb squad.Yahalom unit members spend 16 months in training. After completing their basic engineering training, they arrive in Petah Tikva, where they specialize in one of the four sections. Already, by this stage, many are sent on operational missions to learn directly from the real world.“We’re focusing on training them for intensive, commando missions.Commando means traveling long distances with heavy weights. Every unit member is a commander, too.He will have to take decisions alone on the battlefield, and might be in the field independently. They can also link up with other units, or lead operations,” Bachar said. “If we send a pair of soldiers into the field for special operations, they can’t always ask questions. They will have to take very complex decisions on their own.”Most important, Bachar said, the unit’s trainees learn “how the enemy thinks.” Soldiers who grasp this will be more effective, and this takes precedence over learning about new types of weapons, he said.“The way our soldiers think has to be the most up to date. Otherwise, we become irrelevant,” Bachar said.