IFCJ to provide NIS 4,000 grant to victims of current terror

Program of emergency aid grants was prompted by an outpouring of support from Christians across the United States. 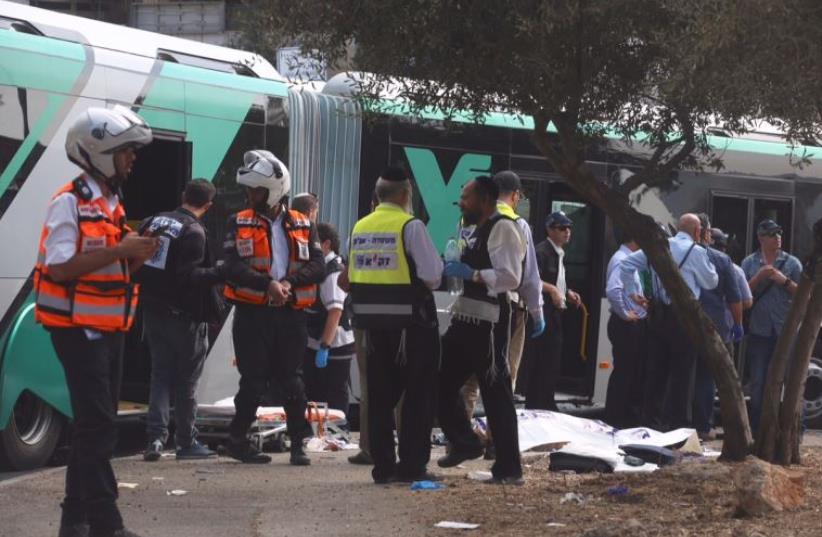 Scene of stabbing and shooting attack aboard a bus in the capital's Armon Hanatziv
(photo credit: MARC ISRAEL SELLEM/THE JERUSALEM POST)
Advertisement
The International Fellowship of Christians and Jews announced on Wednesday it would grant NIS 4,000 to every individual or family injured in the recent wave of terrorist attacks against Israelis.The IFCJ said its program of emergency aid grants was prompted by an outpouring of support from Christians across the United States. The organization raises more than $140 million per year for Israeli and Jewish causes, mostly from Evangelicals in the US and Canada.The emergency fund was launched after the organization conferred with Public Security Minister Gilad Erdan and senior ministry officials.The aid will allow families victimized in the latest stabbings, shootings and assaults by vehicles to pay for hospital transportation, therapists, psychologists, other medical care, and lost workdays.“The ongoing wave of terrorism leads to many causalities whose normal life paths have been abruptly interrupted,” said Eckstein.“The victims and their families are faced with a new reality and difficult rehabilitation.Victims also face significant financial costs and we wish to support them as part of our commitment to the security of Israeli citizens during times of emergency.”The rabbi underscored that it would not have been possible to raise the funds “without the help of Israel’s Christian allies.”“We would like to thank the thousands of Christians supporters who are always there to help the citizens of Israel during difficult times, reminding us all that we are not alone,” Eckstein said.As part of its emergency support in recent years, the IFCJ has renovated more than 5,500 bomb shelters, founded more than 50 emergency centers, donated seven MRI scanners to Israeli hospitals and helped buffer their security.