Conan visited the Western Wall and the market in the Old City of Jerusalem. 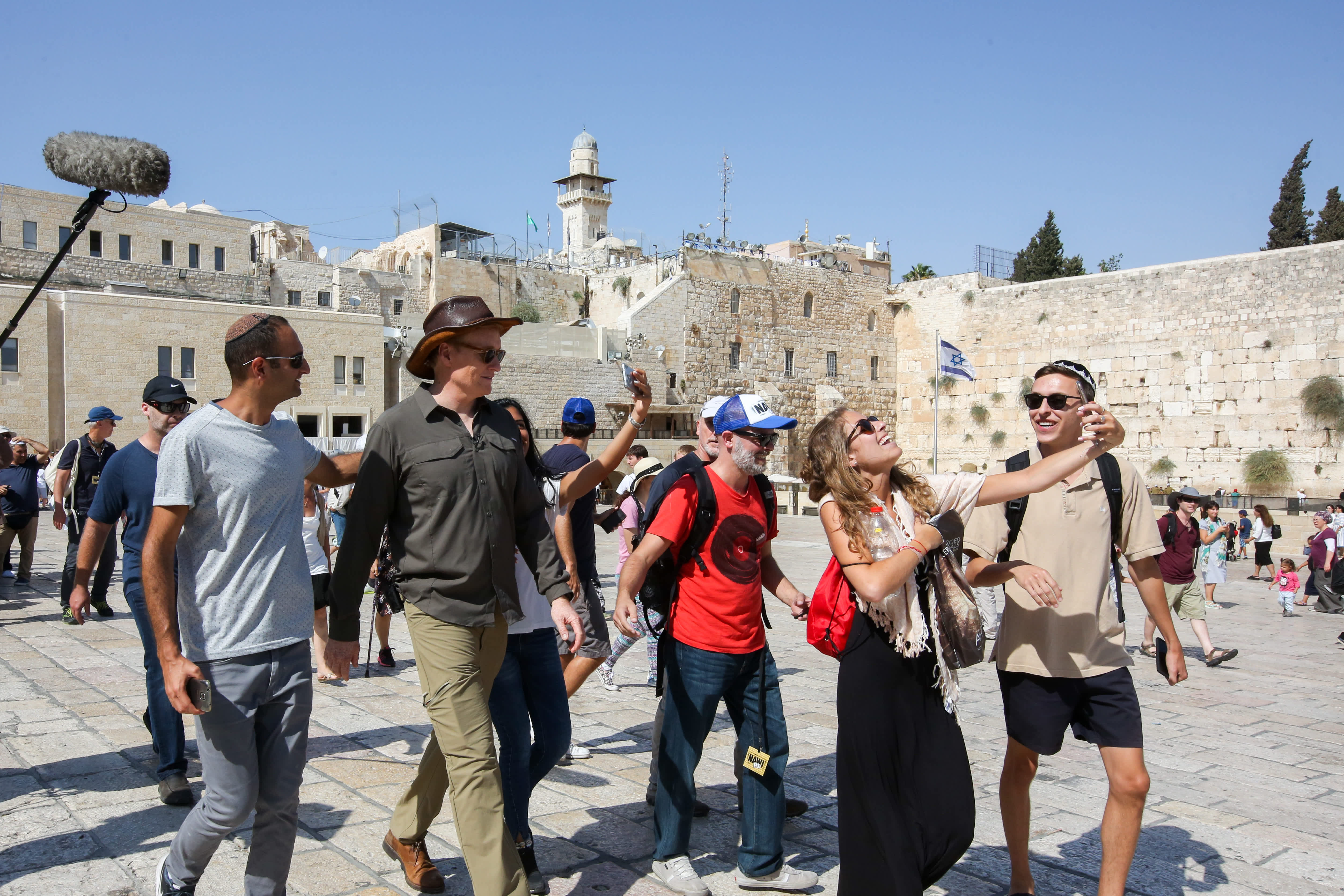 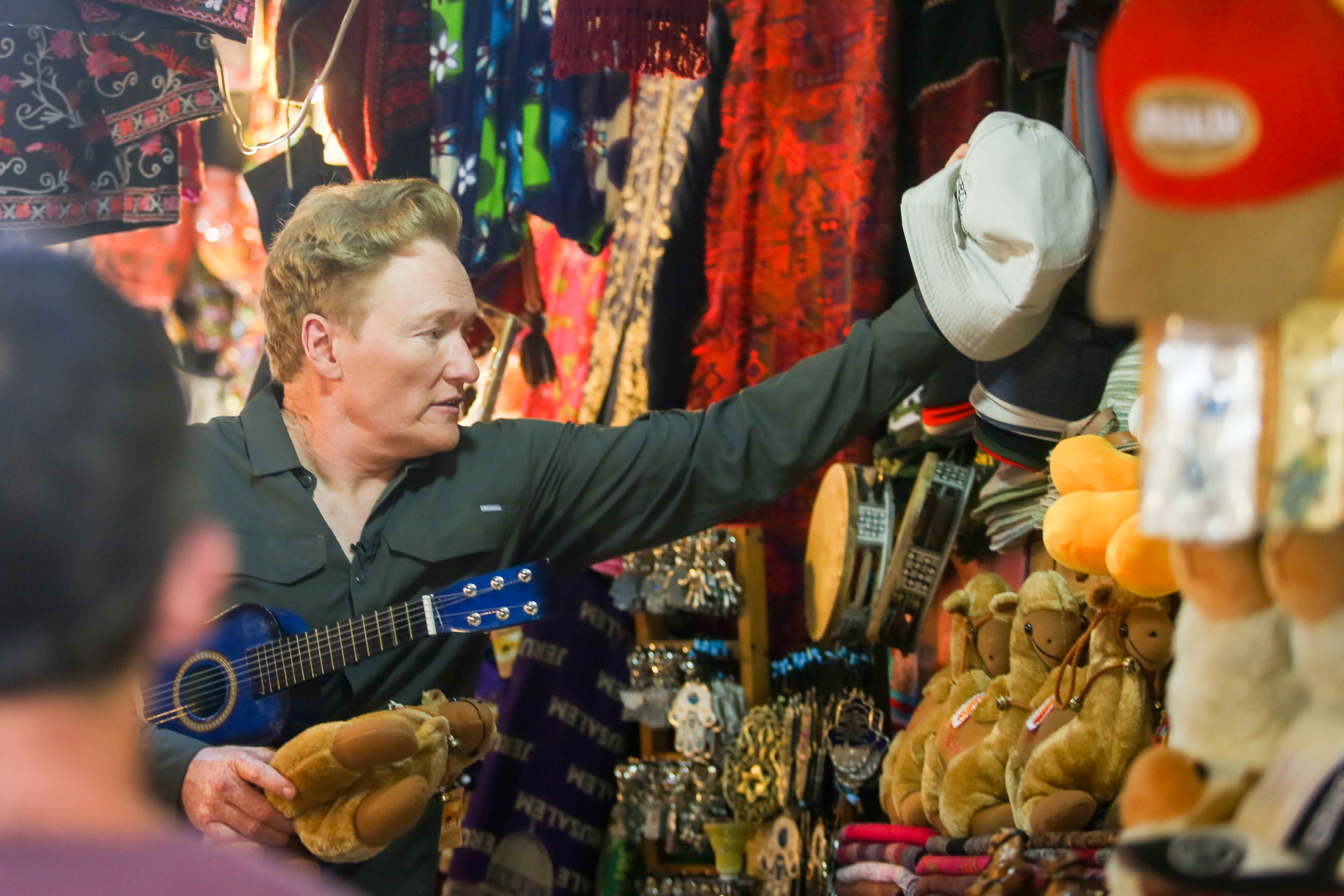 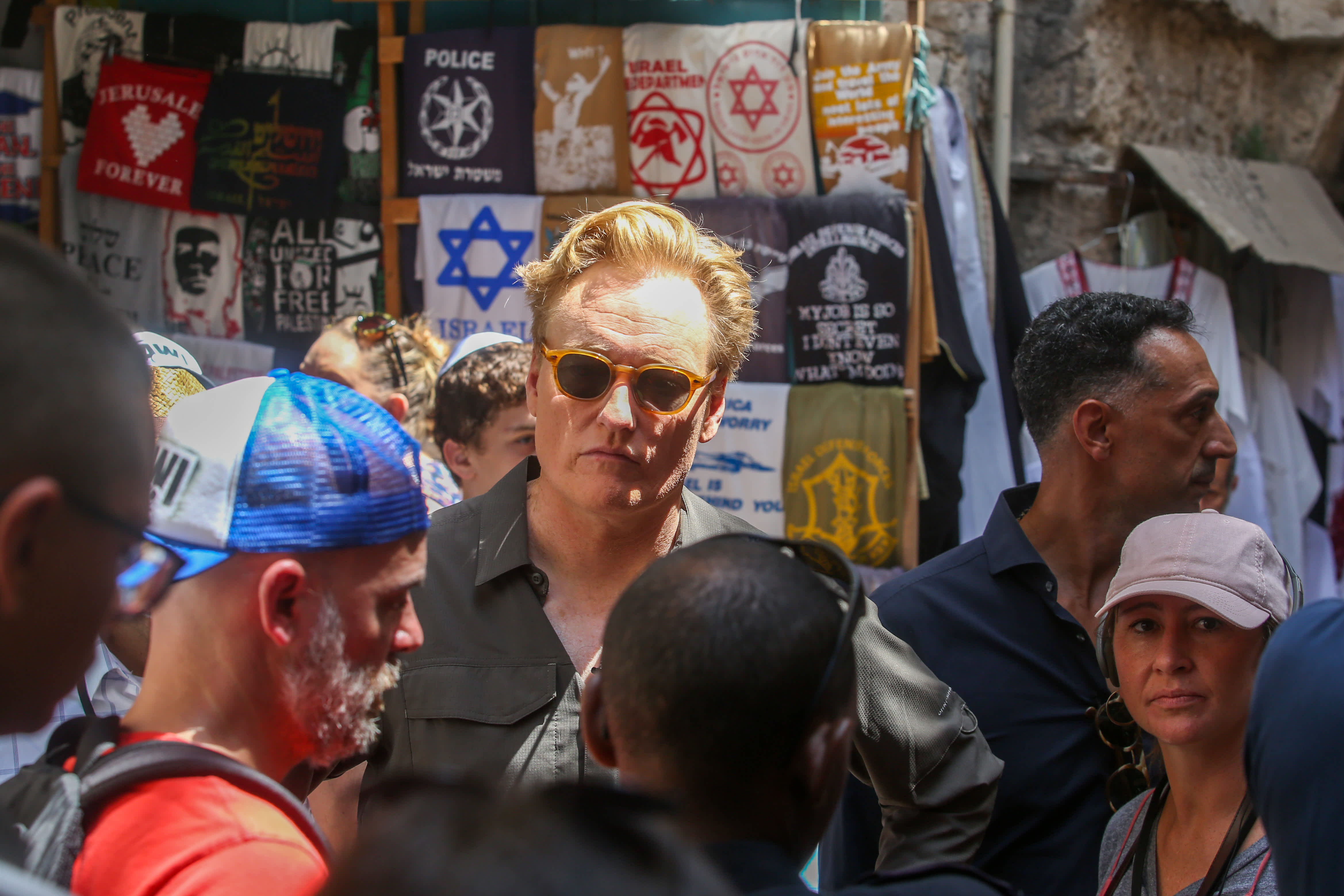 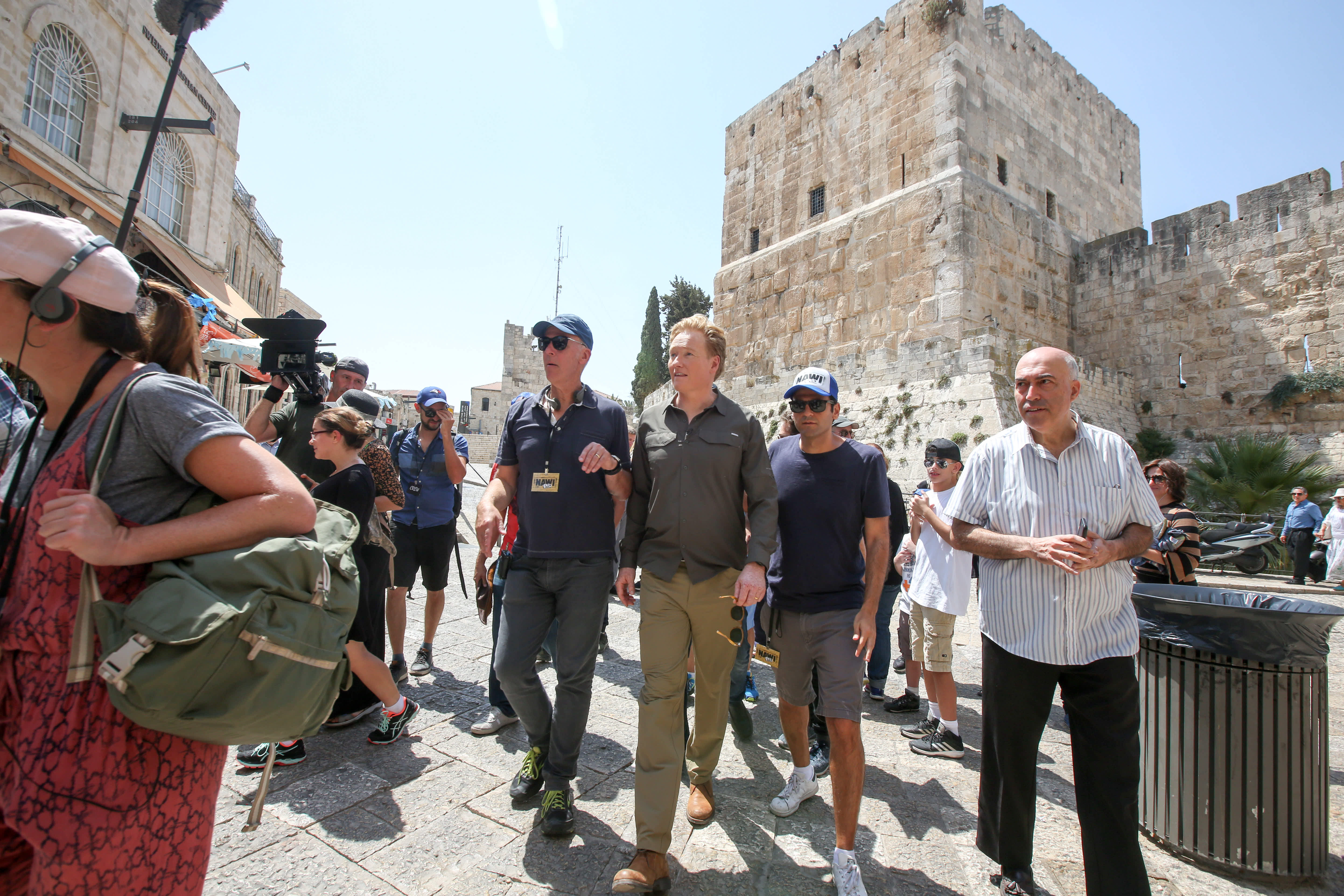 Conan O'Brien by Jaffa Gate, Jerusalem (MARC ISRAEL SELLEM/THE JERUSALEM POST)Conan O’Brien spent the day Monday exploring the historic Old City of Jerusalem.The comedian touched down in Israel on Friday, where he will be taping a travel special for his show.O'Brien spent time in Tel Aviv and continues his travels around the Holy Land as he films his primetime special 'Conan Without Borders: Israel,' which is scheduled to air September 19.Conan also directed traffic in Tel-Aviv.

Thanks for helping out with traffic @ConanOBrien. You've been extremely helpful pic.twitter.com/GJcnRa0VUh
— Tel Aviv (@TelAviv) August 27, 2017

On Saturday afternoon, O’Brien posted a photo on Twitter of himself overlooking the beach in Tel Aviv with the words “Shalom Israel.” Later in the day, he went on Facebook Live to say that Tel Aviv is beautiful and he’s “really having a great time.”Even before he arrived, the comedian was getting into the Israeli spirit.O’Brien posted a video he filmed of himself in the bathroom aboard his El Al flight in which he pretended to learn Hebrew from the signs and toiletries in the tiny stall.When O’Brien announced the trip two weeks ago, he said he hoped to use his time in Israel to help Jared Kushner broker peace in the Middle East.“I may be in Israel the same week as President [Donald] Trump’s son-in-law Jared Kushner, who’s been sent there to broker a Middle East solution,” O’Brien said on his show earlier this month. “Well, it occurred to me [that] Kushner and I have the same amount of experience with foreign relations. I may actually have more experience, so maybe I’ll work with the guy.”Unfortunately for O’Brien, Kushner – after meeting with both Prime Minister Benjamin Netanyahu and PA President Mahmoud Abbas – departed for the US shortly before the comedian arrived.According to Ynet, O’Brien’s visit – which will last about five days – was planned along with the Keshet Media Group and the Foreign Ministry.