Haley arrived at the Kotel on the first day of her visit to Israel. She will later visit other sites in the Old City, including Holocaust museum Yad Vashem. 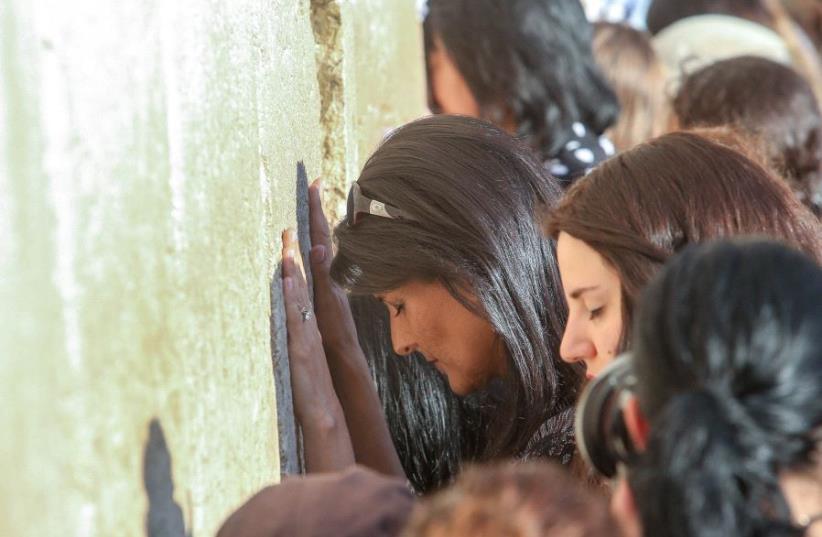 US Ambassador to the UN Nikki Haley visits the Western Wall in Jerusalem.
(photo credit: MARC ISRAEL SELLEM)
Advertisement
“We love you so much,” a smiling and enthusiastic woman told US Ambassador to the United Nations Nikki Haley at the Western Wall on Wednesday evening.The ambassador stopped to pose for a picture, and the two women hugged.Many of the women who briefly told Haley how much they appreciated her were coincidentally on hand for the celebrity moment as Haley visited the holy site, which was uncharacteristic for a high-level US official. 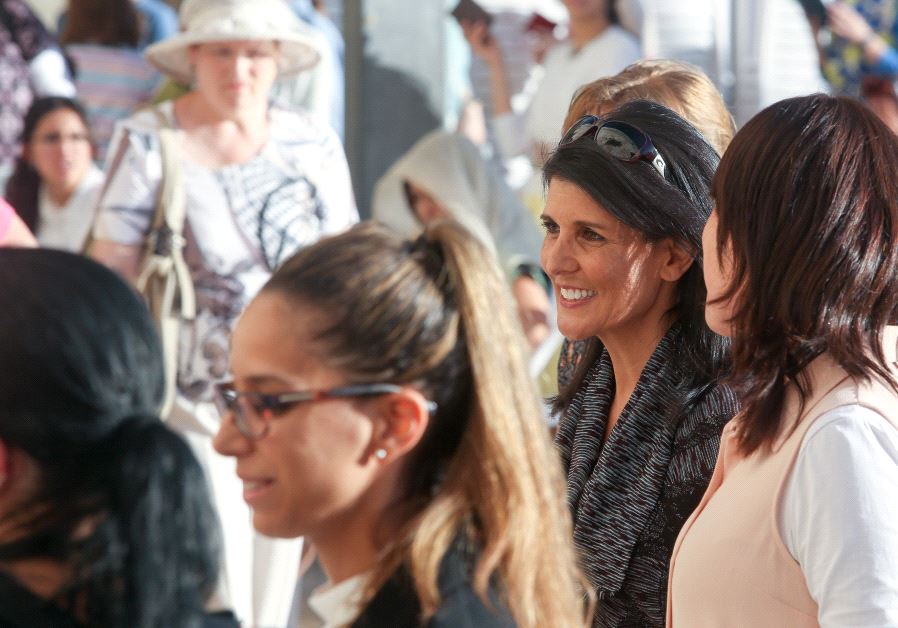 At a time when even the White House is loath to do so, Haley has been outspoken about her conviction that the Western Wall is part of Israel.Still, last month US President Donald Trump became the first sitting US president to visit the remnant of Judaism’s holiest site, the Temple, which was destroyed by the Romans some 2,000 years ago. 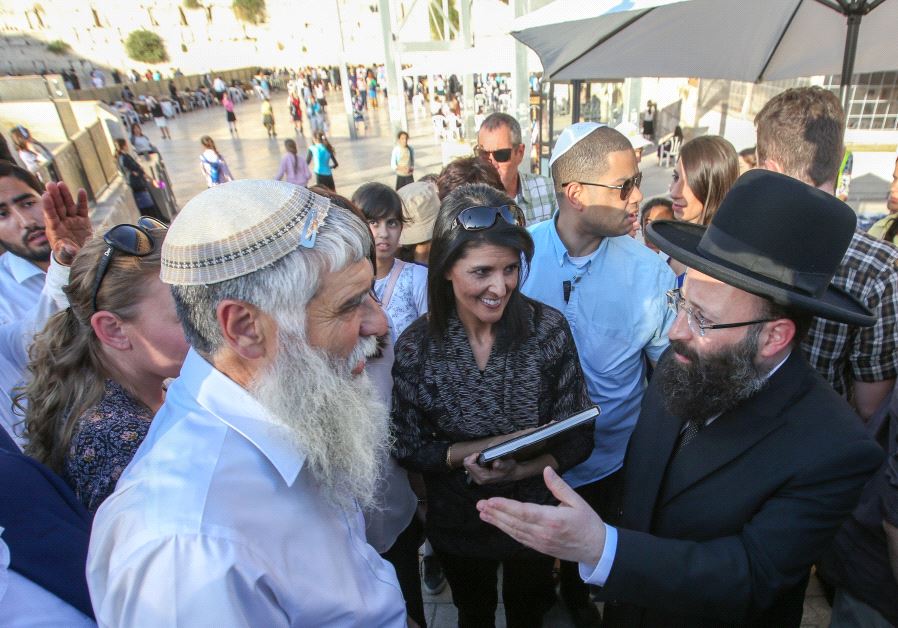 Prior to Trump’s arrival, all worshipers were asked to vacate the stone plaza, which is typically open 24 hours a day to anyone who wants to pray. Haley’s visit was much less staged and much more spontaneous as she walked to the Wall accompanied by two other women at a time when it was packed with worshipers and tourists.The Western Wall staff had set up as special prayer area for the ambassador in the women’s section, right by the Wall that was set apart from other worshipers by a number of movable metal fences. To make sure the area looked nice, many of the notes in the Wall were removed and the polished stone plaza was swept.

One woman complained when asked to move, noting that it was her regular prayer spot. Another, when told that Haley was arriving, wanted to know if she was a famous musician.American Esther Shamel knew immediately who was about to arrive. She took out her camera and waited with the female photographers.“The first time I heard her speak, I thought she was amazing. I had not heard anyone speak like that about Israel,” said Shamel.As Haley neared the Wall, she took in the sterile prayer site and the many women to the right of it with both their hands on the wall and their foreheads touching the stones.Then she joined them, standing there in silent prayer for a few minutes before stepping away.Every step of the way out of the plaza, women stopped to speak to her.“We want to thank you so much for everything,” one woman said.Another told her: “I am crying, I am so happy to see you.”“Good luck,” another woman added.Each one paused for a photo or a selfie, including a small girl, whom Haley also hugged.Haley was met outside the women’s section by Western Wall Rabbi Shmuel Rabinowitz, who asked her to sign the guest book. 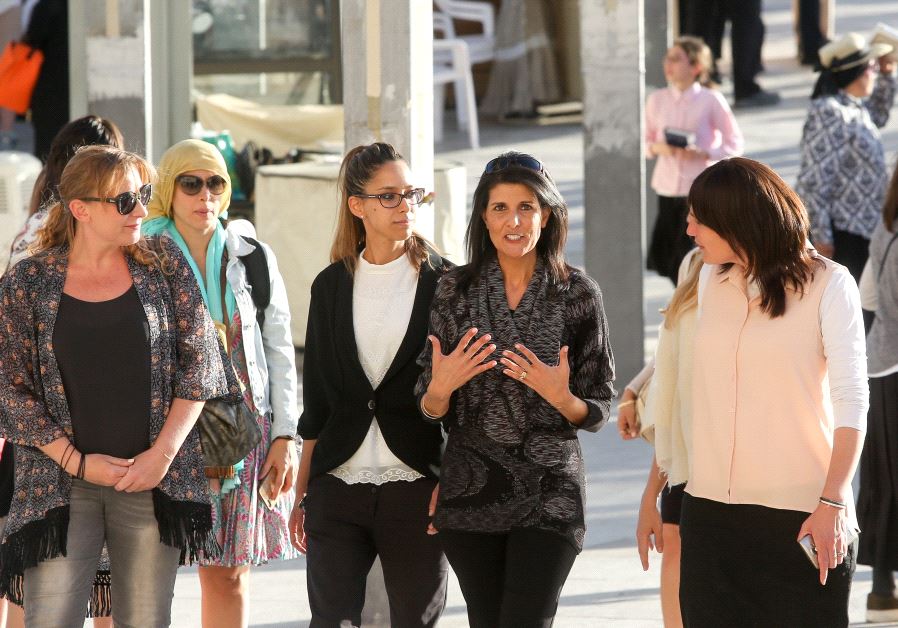