“We feel insulted. This is humiliation, racism. Were he French or American, they wouldn’t have done it." 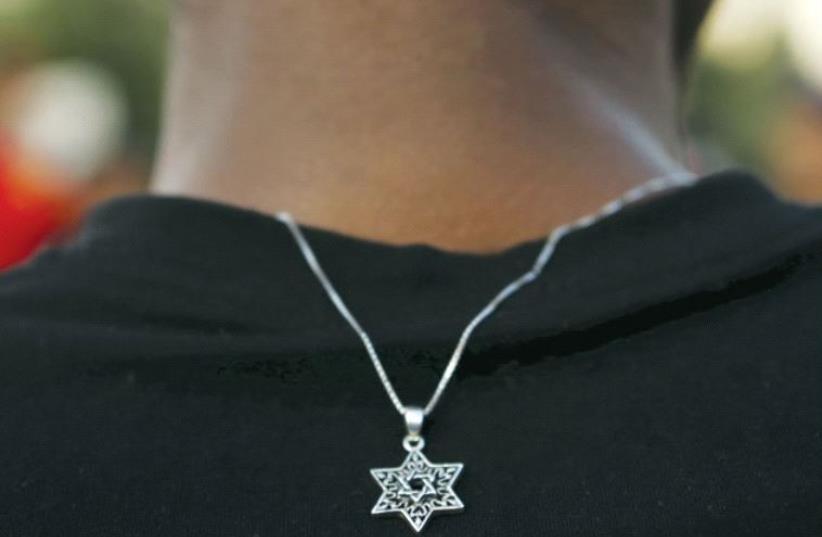 Ethiopian Jew
(photo credit: REUTERS)
Advertisement
Alalyn Caseh, 40 years old, married and father of four, is a member of the community of the remainder of Ethiopian Jews awaiting to complete aliyah. Caseh arrived in Israel under unfortunate circumstances – to visit his mother, who is suffering from a dire illness, and whom he hasn’t seen in 20 years. Three days after his arrival, the mother passed away.When Caseh asked to come to Israel, the Ministry of Interior demanded he pay a deposit of 30 thousand NIS before entering, in order to guarantee his return to Ethiopia. The money was collected, and Caseh remained in Israel a month and a half, until 30 days after his mother’s passing. Then, he said goodbye once again to his father and five of his siblings, to the life in Israel, and returned to Ethiopia. According to the headquarters in charge of the Aliyah of Ethiopian Jews, “The State of Israel is ignoring government decision 716, which decreed that the remainder of Ethiopian Jews should be brought [to Israel].”Solomon Azanah, 35, grandson of the deceased and nephew of Caseh, was the one who raised the money along with a fellow cousin. The funds came from their savings and were submitted as a deposit. “They told us that they will take the money if he doesn’t return to Ethiopia. That they’re afraid he’ll stay,” says Azanah. “We told them that he (Caseh) has a wife and children [in Ethiopia], how would he stay here?""They said that that’s how it is, and did not want to allow him to enter at all. So we went to the doctor to present an assessment of her [the mother's] serious condition, and submitted it to the Ministry of Interior.”“He [Caseh] is there 20 years, waiting for Aliyah, like everyone else.”“We feel insulted. This is humiliation, racism. Were he French or American, they wouldn’t have done it. Three days after he arrived, his mother died. He barely got to speak to her. He has two more brothers in Ethiopia that didn’t get the chance to see their mother for the final time.”The Population and Immigration authority responded, “This was a case of a tourist from Ethiopia who came for a limited time to participate in his mother’s funeral. Never was a different intent discussed. As a rule, a deposit is necessary only when a fear exists that [the tourist] may settle [in the country], which is what happened in this case.”A Jewish man in Ethiopia named Kinda Mulo, 53 years old, passed away last week in the city of Gondar in Ethiopia where he awaited his Aliyah approval. Mulo was an active community member whose siblings live in Israel. Gondar does not have medical equipment to match that in Israel, and due to the delays in his approval, Mulo dies of his disease before completing his dream and reaching Israel. Translated by Hadas Labrisch.