The plea bargain, which included dropping some charges, also contained a suggested jail sentence of nine years, but the court is not bound to the recommendation. 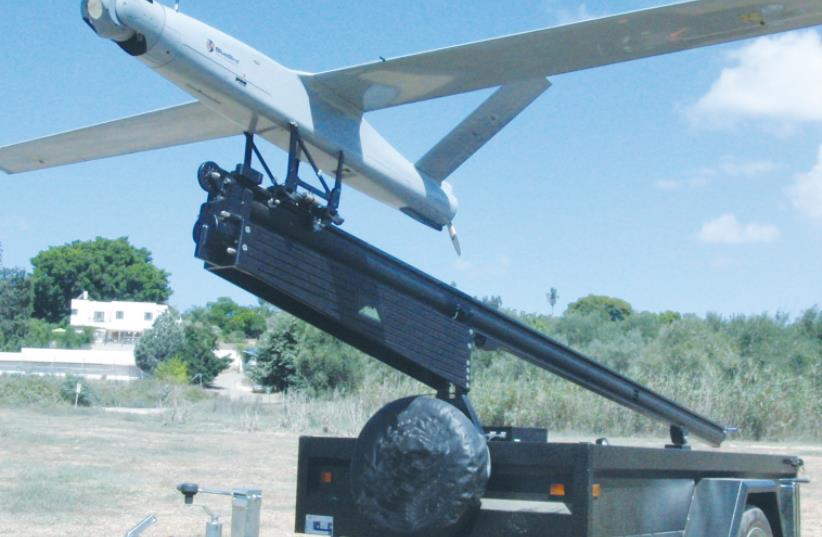 AN IDF DRONE carrying the CONTROP T-Stamp triple-sensor, small stabilized payload is ready for launch.
(photo credit: CONTROP)
Advertisement
Islamic Jihad master hacker Maagad Ben Juwad Oydeh was convicted by the Beersheba District Court in a plea bargain on Monday for hacking IDF drones hovering over Gaza, thereby enabling Hamas commanders to view the device’s video feed.
An indictment filed by the Southern District Attorney’s Office in March 2016 also charged Oydeh with hacking into the IDF, the police and the transportation authority’s video cameras, enabling the terrorist group to study the location of civilians and IDF personnel in real-time, at a time during conflicts when it was firing rockets.
The plea bargain, which included dropping some charges, contained a suggested jail sentence of nine years, but the court is not bound to the recommendation.
According to the indictment, Oydeh’s hacking also allowed Islamic Jihad to keep track of the movement of airplanes at Ben-Gurion Airport; view passenger lists on incoming and outgoing flights; and see the type of airplane and its weight and landing and departure times.
Known as a computer and electronics engineer and master hacker, Oydeh joined Islamic Jihad in 2011 and first successfully hacked into the IDF drones as early as 2012.
At first, Oydeh’s responsibilities were limited to working as an engineer and a presenter for the group’s radio station, which included incitement against Jews. Later, he hacked into Israel’s transportation authority cameras, enabling Islamic Jihad operatives to view their video feed on his laptop and even record the feed. Next, he targeted IDF drones flying over Gaza. After the hacking, Oydeh could also pinpoint the GPS coordinates of all IDF drones.
Up until his arrest in 2016, Oydeh continued to repair and upgrade the organizations’ computers, video cameras and technology. He was also charged with spying, conspiracy, contact with enemy agents and membership in an illegal organization.