IsraAID team reunites with survivor rescued from rubble in Nepal

Krishna Devi Khadka attributed her survival to the IsraAID team rescue efforts that lead to her being pulled from the rubble followed by intensive medical care at the IDF field hospital. 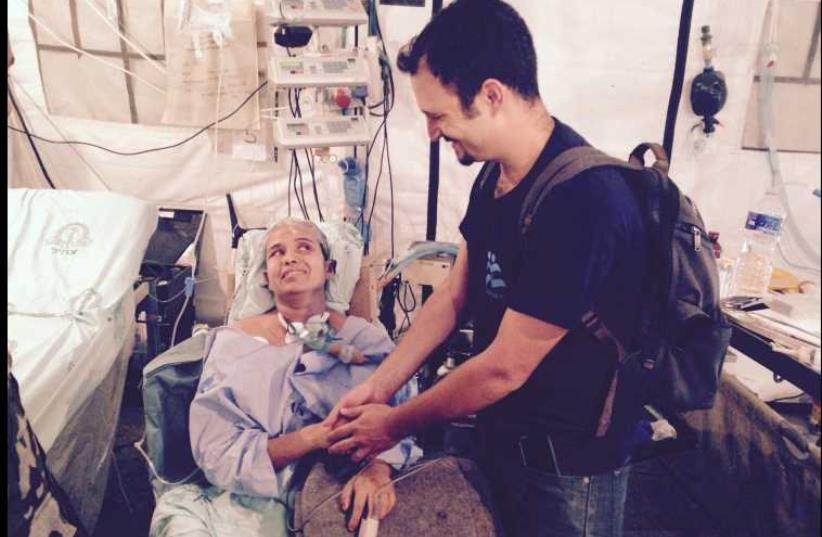 Ms. Krishna Devi Khadka, rescued by IsraAID Search & Rescue team in Nepal
(photo credit: ISRAAID)
Advertisement
Ms. Krishna Devi Khadka met with Yotamm Polizer, the IsraAID head of mission in Nepal on Saturday. Khadka was rescued by the IsraAID Search & Rescue team after being trapped for 130 hours in the aftermath of the Nepal earthquake that claimed the lives of nearly 8,000 people.  "Krishna told me she remembered everything and was so grateful to our rescue team led by Eran Magen as well as the Israeli hospital staff," said Yotamm Polizer.Krishna Devi Khadka attributed her survival to the IsraAID team rescue efforts that lead to her being pulled from the rubble followed by intensive medical care at the IDF field hospital.Krishna's recovery process will take months and IsraAID will continue to support Krishna, her family and thousands of others affected by the earthquake. In terms of manpower, Israel operated the largest humanitarian presence in Nepal, with over 250 doctors and rescue personnel working around the clock to locate, treat and ensure the safety of an almost equal number of Israelis (and others) that were unaccounted for at the outset of the disaster.According to an IDF statement, a flight carrying personnel belonging to the IDF's Home Front Command is scheduled to land at Ben Gurion airport on Sunday at approximately 2:30 p.m. on return from Nepal.