Independence Day is an emotional holiday full of nostalgia and reflecting on how we got here. 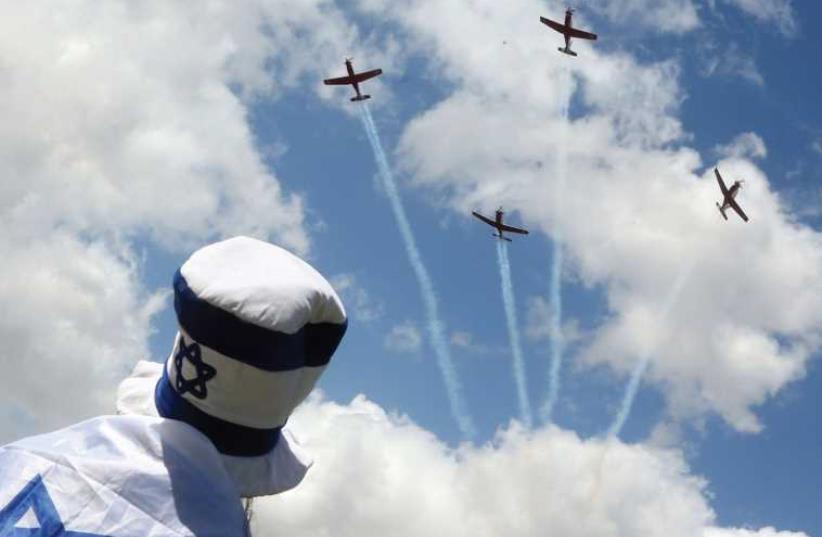 Israel's Independence Day
(photo credit: ILLUSTRATIVE: MARC ISRAEL SELLEM)
Advertisement
Israel’s detractors are quick to castigate Israel as the isolated kid at the playground that nobody wants to play with. It’s been an effective, but ultimately false, narrative.In our special Independence Day magazine celebrating Israel’s 68th birthday we highlight the allies that have been essential to the country’s success and prove that Israel is far from the unpopular wallflower its detractors have made it out to be.To that end, the magazine contains features on American lawmakers and their efforts to combat BDS initiatives, as well as features on our education and business partnerships with China.On the security front, we look at Kurdistan’s affinity for the Jewish state; Israel’s blossoming military cooperation with Turkey in an increasingly volatile Mediterranean; and the quiet, behind the scenes alliance with Jordan that keeps our southern border safe.At its core, though, Independence Day is an emotional holiday full of nostalgia and reflecting on how we got here.Therefore, we’ve included interviews with Ze’ev Jabotinsky’s great-granddaughter on his legacy, and managing editor, David Brinn, provides a compelling account of discovering a 100-year-old mango grove purchased by his grandfather in the wake of WWI.At 68, it’s a bit exhausting to continue to prove our self-worth to those who castigate us at every turn. But if our current placement in the world order is any indication, Israel does not have to prove anything.On this Independence Day, it’s time to take a moment to bask in our achievements.The magazine will appear with Wednesday’s newspaper.