Israel listed as fourth best place to raise a family 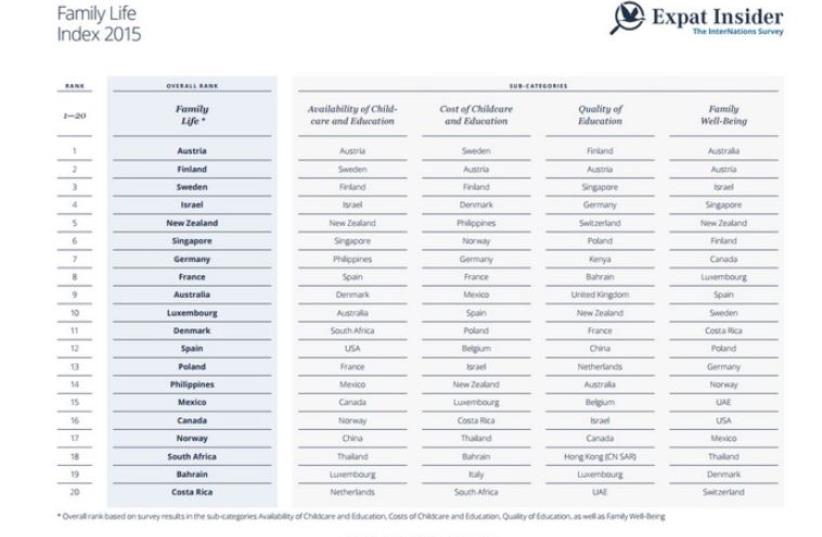