The Palestinian teen's behavior was identified by police as suspicious. 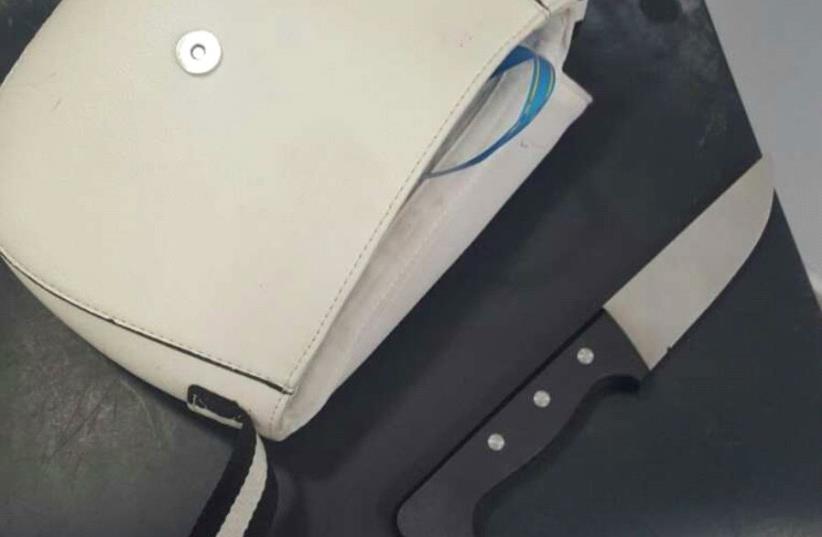 Kitchen knife found in Palestinian teen's bag 31 May, 2017.
(photo credit: POLICE SPOKESPERSON'S UNIT)
Advertisement
A Palestinian teen aged 17 was arrested by Israel Border Police near the Cave of the Patriarchs in Hebron after authorities found a large kitchen knife in her bag Wednesday evening. According to the Israel Police spokesperson's office, the teen raised the suspicion of police that were in the area, who then searched her bag and found a large kitchen knife.The teen resisted arrest and did not pay attention to the instructions by police, who subsequently arrested her. The suspect was then taken in by police for questioning.The police declared that, by arresting the suspect, they prevented a stabbing attack.Border Police said that during the holidays, operational activity is heightened to ensure the safety of area residents.