"No artist has ever been asked to sign such a declaration and to think such a thing is delusion," government official is quoted as saying. 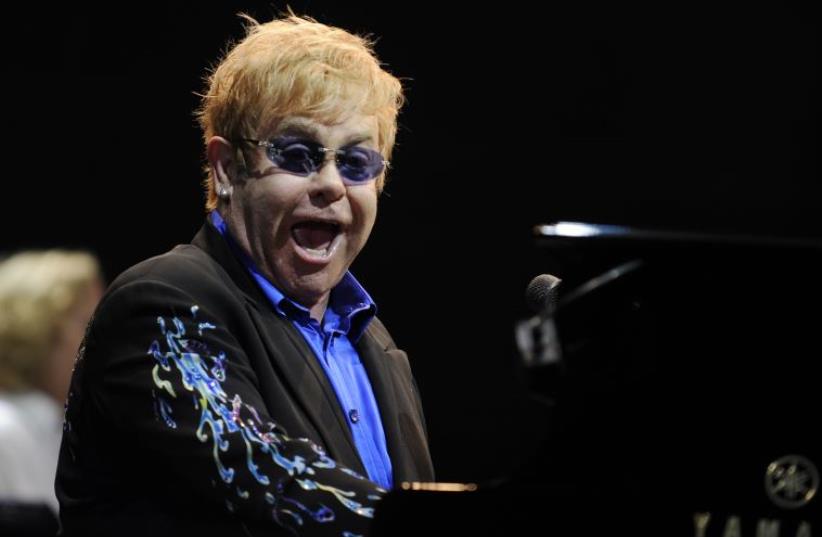 British singer Elton John performs during a concert in Tel Aviv June 17, 2010
(photo credit: REUTERS)
Advertisement
Israel has debunked the assertion that Elton John was implored to declare his loyalty in order to be granted a visa prior to an upcoming show as "delusional," AFP reported Tuesday.The artist's concert organizer Shuki Weiss said on Monday that the Interior Ministry had make the performer's entry permit into the country contingent upon his statement of devotion to Israel.John's representation was ostensibly referring to a clause in the visa application which mandates the applicant affirm that they have not acted against the security of the Jewish people or the Jewish state, AFP wrote.Interior Ministry spokesperson Sabin Hadad fired back that such allegations were libelous and that legal course would be considered against Weiss.AFP quoted Hadad as dismissing Weiss' claims, "No artist has ever been asked to sign such a declaration and to think such a thing is delusion."Elton John is scheduled to perform in Israel on May 26.